Elysian Island is an industrial district, and it is connected to the mainland via the La Puerta Freeway and the Elysian Fields Freeway. It is the location of the Los Santos Naval Port and Pier 400, and is filled with many shipyards and warehouses.

It is bordered by Terminal to the southeast, Cypress Flats to the northeast, Banning to the north, the Maze Bank Arena to the northwest and the Los Santos International Airport to the west.

Elysian Island appears to be operated by Merryweather, as there are always several mercenaries patrolling the Los Santos Naval Port. Entering the large warehouse will grant the player a four-star wanted level in GTA V, but no wanted level will be gained in GTA Online (though Merryweather will still open fire). There is also a military helicopter at the end of the island, which is usually either a Buzzard or a Cargobob. Pier 400 of Elysian Island is also featured in the missions Scouting the Port and The Merryweather Heist (Freight).

It is based on Terminal Island, California, a real largely-artificial island in Los Angeles County. Its name may be a reference to the Elysian Valley neighborhood in Los Angeles. 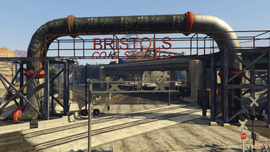 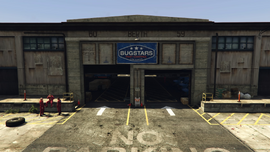 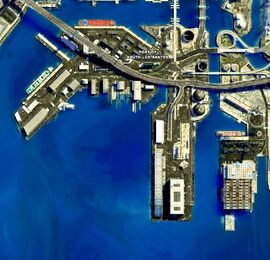