He only appears in the GTA Online mission Time To Get Away. In this mission, his cousin Martin Madrazo asks the GTA Online Protagonist to rescue him from Donkey Punch Family Farm in Paleto Bay. The Online Player then escorts him to McKenzie Field to escape in a waiting Maverick. 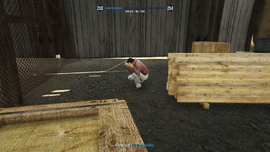 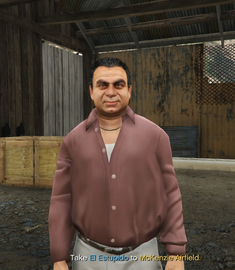 Younger version of the model. 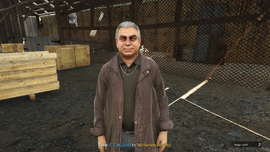 Older version of the model.