"High speed figure of eight laps through scuzzy Downtown and Industrial East Los Santos. Up to 30 cars - defaulting to Sports Class, because the type of person who drives one likes to speed past the disadvantaged, usually spitting out the window."
―Description

Eight Figure Bonus is a Land Race featured in Grand Theft Auto Online for the enhanced version only. It is available for up to 30 players. Players must race a distorted figure of eight circuit around Pillbox Hill and East Vinewood.

This race was added in the initial release of GTA V for PC, Xbox One, and PlayStation 4. It has not been made available for the PS3 or Xbox 360 versions of the game. 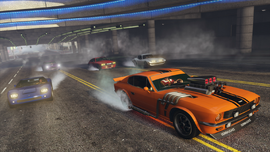 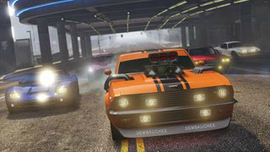 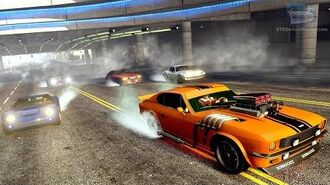 Retrieved from "https://gta.fandom.com/wiki/Eight_Figure_Bonus?oldid=1276622"
Community content is available under CC-BY-SA unless otherwise noted.