View source
For the muscle car that the Duke O'Death is based on, see Dukes.

Standard White - 100%
“Special edition Dukes muscle car for the post-apocalypse wasteland. Just hope there's not a fuel scarcity when the world ends, because this thing gets worse gas mileage than a one-legged zombie. Exclusive content for returning players.”
— Warstock Cache & Carry description, Grand Theft Auto V.
“It's not always clear whether your average uranium-eating survivalist is planning for the world to end, or planning to end it personally. And why not keep those options open with this special edition Dukes muscle car? Sure, it has the fuel consumption of an aircraft carrier in a head wind, but when the nukes start falling you and the cockroaches are going to have a blast.”
— Warstock Cache & Carry description, Grand Theft Auto Online.

The Imponte Duke O'Death is a two-door armored muscle car featured in the enhanced version of Grand Theft Auto V, and released in Grand Theft Auto Online as part of the continuation of the Cunning Stunts: Special Vehicle Circuit update.

The Duke O'Death was originally an exclusive vehicle for players who owned and have previously played the original versions of Grand Theft Auto V, given as a reward for completing a random event involving it.

Later, as of the release Cunning Stunts: Special Vehicle Circuit update for Grand Theft Auto Online, it became available for all players through in-game currency, although those who played the original versions of the game can claim this vehicle for free.

The Duke O'Death is a highly modified variant of the Dukes; as such, it is based on the 1968-1970 Dodge Charger. It features the same chassis and body as the normal Dukes, but comes with a custom front bull-bar similar to the police cars, an external roll-bar with lights attached, rear louvers and protective armor plates covering the windows and windshield.

The vehicle appears to be already modified with the same options as the normal Dukes, being the Custom Front Splitter, Side Exit Exhausts, Roll Cage and Chassis Upgrade and Painted Roof. It has a uniquely designed bug catcher that isn’t present on other muscle cars.

It comes by default in Matte Black when acquired/purchased, but through customization, the color distribution is the same as the normal Dukes; the front and rear ends, bug catcher, wheel arches, side lower trim, exhausts and rear bumper are painted with the secondary color, although the window trims are not painted due to the armor plating covering it. The stock wheels are actually painted with the secondary color.

Durability is excellent, as the Duke O'Death is able to ram and push other vehicles off the road with ease thanks to its increased mass, and the car's bodywork is very strong. Crash deformation is very minimal, and it can be said that this vehicle has some of the best durability traits in its class. Successfully combining the use of Franklin's Special Ability and the ramming ability of this car can make the car as effective as a Phantom, in terms of crashing. However, the Duke O'Death can still be destroyed by a Sticky Bomb or a direct hit from the Rhino's cannon. With the 100% Armor upgrade at Los Santos Customs, an otherwise undamaged Duke O' Death will be capable of withstanding a sticky bomb but will be severely weakened and easily destroyed by crash impact, small arms gunfire or a second sticky bomb. The Rhino can also run over and crush the car. It can resist 3 RPG's before a 4th one destroys it, while it resists 4 homing missiles and is destroyed on the 5th, both times with a driver inside.

In a straight line, the Duke O'Death is a formidable vehicle, being able to outrun other armored cars and even the Kuruma (Armored) with ease.

One notable drawback of this car, shared with other armored variants of regular vehicles, is the distinct difficulty of performing side drive-by's and firing rearward, with the presence of louvers and shutters in all windows but the left front (i.e. driver) one. This window is an "Achilles' heel" for the vehicle and its driver, as a well-aimed shot through the window (by a rival player or a lucky shot by an NPC) can kill the driver. Otherwise, with full armor modifications in place, the vehicle is virtually bulletproof to standard firearms and vehicle guns up to and including the Oppressor Mk II, especially from the rear.

The louvered windows also make the vehicle extremely difficult, if not impossible, to drive in first person view, due to lack of visibility. 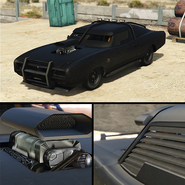 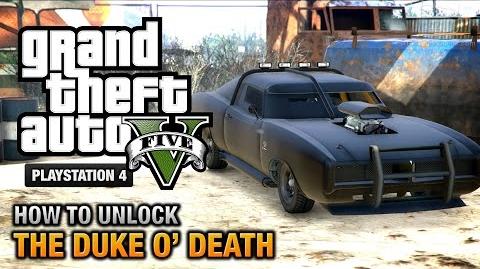 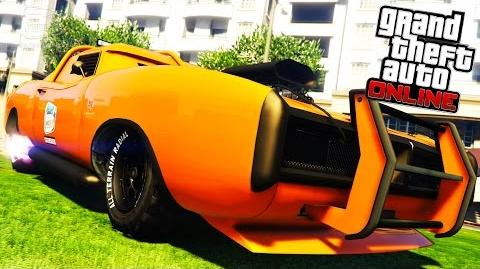 Originally, Duke O'Deaths modded in from Story Mode were blacklisted, meaning that they are made to automatically explode upon entry to GTA Online, and are immobile during races. These are used as deterrents for obtaining glitched vehicles. This was disabled in the Cunning Stunts: Special Vehicle Circuit update, as being made officially available.