Toni Cipriani and Salvatore Leone arrive at the docks in Harwood and see the police waiting for them.

Drive Salvatore Leone to the ferry terminal, and escape from the police into Staunton Island via jumping from the ramp over Callahan Bridge

The Trouble with Triads

A Walk in the Park

In-game time
“I'm getting paranoid Toni. Really fucking paranoid. Just because I think everyone hates me doesn't mean they don't, know what I mean? Someone is out to get me. It's that fucking mayor! He's gonna blame me for all the shit that's been going down in the neighborhood. All of it! Not just the crap that I did but all of it.”
— Salvatore Leone believing that the Mayor of Liberty City is out to get him and that he'll be blamed for all of the city's troubles by him.

Driving Mr Leone is a mission in Grand Theft Auto: Liberty City Stories given to protagonist Toni Cipriani by Salvatore Leone from his home in the Saint Mark's district of Portland, Liberty City.

Toni enters Salvatore's office to find Salvatore pointing a gun at him, with Salvatore accusing Toni of talking about him behind his back. Realizing his own paranoia, Salvatore apologizes to Toni and shifts his focus to Mayor Roger C. Hole, whom he accuses of blaming Salvatore for the city's troubles, including those that he claims he is not responsible for. Salvatore decides to do something about it, so he and Toni head to the ferry terminal in Harwood.

The duo arrive at the terminal to be greeted by the police and FBI, who immediately give chase. With the police on their tail, Salvatore instructs Toni to drive over the unfinished Callahan Bridge. A ramp has been put on to the bridge, which allows Toni and Salvatore to make the jump from Portland Island to Staunton Island.

After successfully crossing the bridge, they then make their way to a Leone Family safehouse in Newport, with Salvatore deciding to look around the new place.

The reward for completing the mission is $4,000 and the next mission, A Walk in the Park, is unlocked. Staunton Island is now accessible, and the ability to obtain a five-star wanted level is also unlocked. The Staunton Island Safehouse is now available to the player, which allows them to save their game and store up to two vehicles in the garage. The Callahan Bridge can now be crossed in both directions using the ramps now placed on the bridge, and the player can now use the ferry and the subway system to travel between Portland and Staunton. The player can also access boats that are docked on Staunton Island. Also the Micro SMG, Assault Rifle, Sniper Rifle, Grenades and the Body Armor can be bought from the Ammu-Nation at Newport on Staunton Island.

Salvatore Leone: Toni? It's Sal. I need to talk, but I don't trust these cell phones for shit. I'll call you on the public phone outside the Court House. 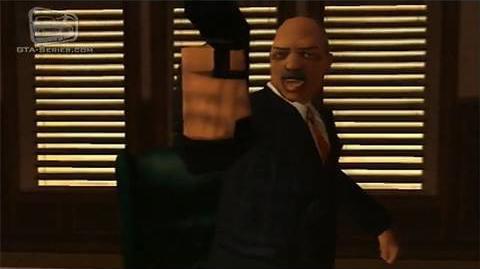 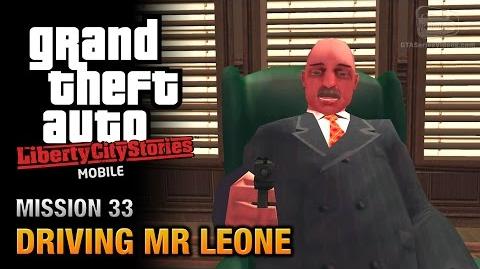