The following is a walkthrough of the Drive-Thru mission in Grand Theft Auto: San Andreas

CJ will meet with the guys as they leave Sweet's house. Big Smoke convinces everyone to go to Cluckin' Bell.

Drive the few blocks to the map marker in Willowfield. During the drive, CJ questions the guys about the death of his mother. Ryder mentions rumors a green Sabre sped away from the scene after she was killed.

Pull into the drive-thru, and wait for Smoke to order a ridiculously large amount of food. As you drive away, Ryder sees a car full of Ballas heading toward Grove Street. After seeing you, they turn around and drive in the other direction.

Take off after the car. When you get close enough, everyone except Smoke (who is too busy eating), hangs out of your car and shoots. If you have any sub-machine gun like the MP5 or TEC 9, you can participate in the shooting, too. Otherwise, just pull up next to the Ballas car and let the other guys take them out.

Once the Ballas car explodes, kill any Ballas members that escaped the crash. Then drive Sweet back to his house. Big Smoke will ask you to drive him to his new house in Idlewood. CJ asks him why he moved out of the Grove, and Smoke explains that he inherited some money from his aunt and bought the nicer house. Drive into the marker to complete the mission.

The next time you get out of the car, you will get a call from Sweet telling you need to work on your physique at the gym.

As the Ballas' car is driving along the row of buildings behind the Cluckin' Bell, ram your vehicle into its center mass. This should render the car immobile and allow you and your fellow gang members to fire upon it until it has been destroyed and its occupants have been killed. Be sure to stay out of the exploding car's blast radius. If done correctly, this course of action results in a rather fast completion of the mission's primary objective. 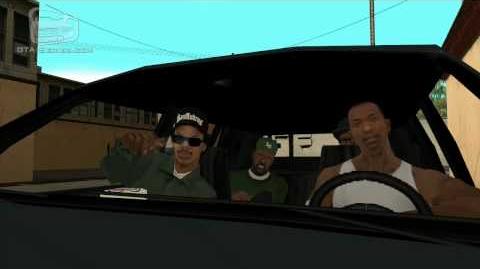 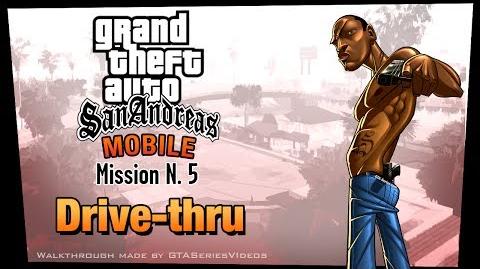 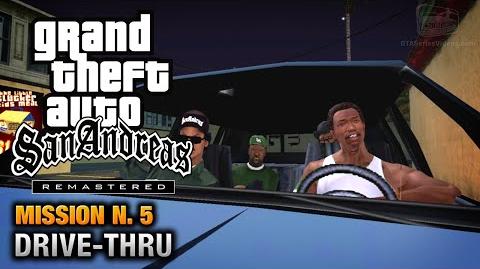