• ­Get on Lester's motorbike.

• ­Ride over to the bikers hangout.

• ­Hit that ramp and land in the gas station.

• ­Continue riding through the A.O.D. territory.

• ­Attack The Lost bikers, but leave one alive to tell the tale.

• ­Meet up with Lester at the rendezvous point.

• ­Use the ramp to jump into the park.

• ­'The Lost' are meeting in the park. Go to the Monoglobe.

• ­Plant explosives at the base of the Monoglobe.

By Myriads of Swords
10 bags of Ecstasy

Lester: "You're going to have to pretend to be me and pass their initiation test."
Huang: "We're virtually twins... but I might just quickly need to gain a few pounds."
―Huang Lee helps Lester Leroc to infiltrate the Angels of Death

Double Trouble is the first mission in Grand Theft Auto: Chinatown Wars given to protagonist Huang Lee by Lester Leroc.

Huang is contacted by Lester Leroc, a private investigator working for Hsin Jaoming. Hsin has hired Lester to go undercover in the Angels of Death in order to find a traitor among the Triad's ranks. As Lester doesn't even know how to ride on a motorcycle, he asks Huang to pretend to be him and pass the AOD's initiation test.

Hop in the nearby motorcycle and ride over to the gang hideout by the given time. The player doesn't need to be very fast, take it easy in order to keep the bike in once piece. At the hideout, the player will have to performe a series of challenges to impress the bikers. To start, do a burnout and then peel ahead to launch off the ramp in the back alley. There are a couple of waypoints to hit directing the player to the next.

Follow a number of waypoints before being lured into a back alley that's crowded with The Lost MC members. Ride around and gun them down and then continue along the waypoints out the alley.

After hitting a few more waypoints a group of three bikers will appear. The player need to catch up with them and kill two of the three, leaving one to tell the tale. Catching up with them is not very easy they are pretty quick. After eventually catching up to them, the player can gun them down.

Finally, meet with Lester and he'll hook the player up with some explosives. Grab the gear and get back on the bike to drive to the park (expect a ramp to jump off of). Walk to the base of the globe and plant the bomb. Complete a mini-game to arm it (instructions in-game). After a quick cut scene, which involves the Monoglobe crashing into the Ice Skating Museum, killing numerous members of The Lost and being permanently destroyed, the mission ends.

"Hsin thinks the FIB rat might be in the Angels of Death.

He had me contact a private investigator, called Lester, he's using to infiltrate the gang.

Lester's a fat waste of space. He needed me to pass the Angel's initiation test for him." 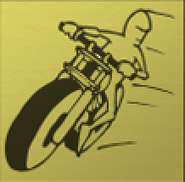 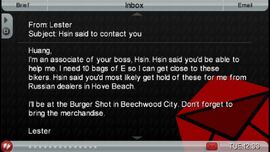 Lester Leroc sends a e-mail to Huang asking him to bring 10 bags of ectasy to him at the Burger Shot in Beechwood City. 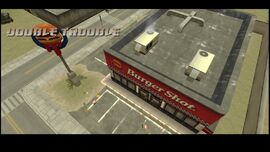 Arriving at the Burger Shot. 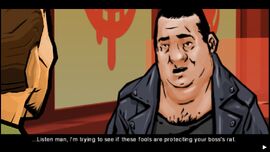 Lester tells Huang that he thinks the Angels of Death are protecting the Wonsu boss. 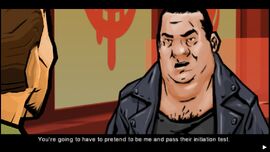 Lester asks Huang to pretend to be him and pass their initiation test. 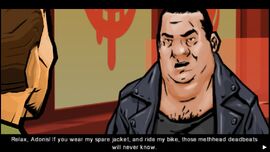 Lester tells him to wear his spare jacket and ride his bike. 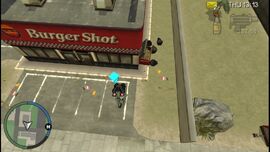 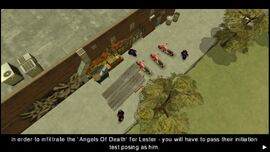 Arriving at the Angels of Death hideout in Willis, where the initiation test gonna happen. 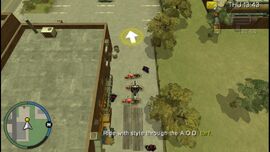 Doing some stunts to impress the Angels of Death. 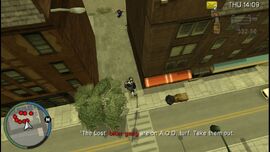 Some members of The Lost MC are in A.O.D. turf. 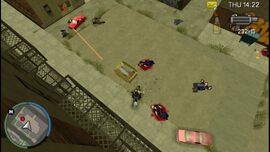 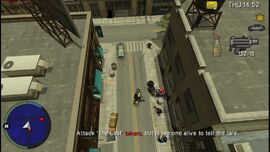 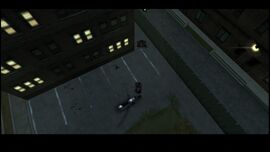 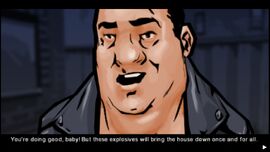 Lester gives some explosives to Huang. 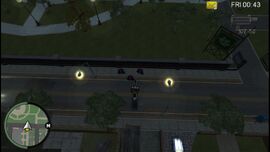 Using a ramp to get access to Meadows Park. 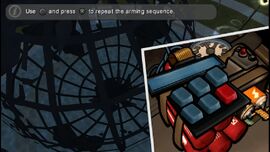 Planting the explosives in the base of the Monoglobe. 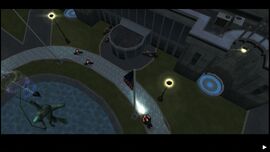 The Lost members meeting at the Ice Skating Museum. 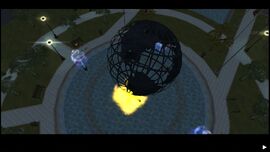 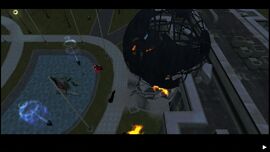 The Monoglobe spun off of its stand and crashes into the Ice Skating Museum, destroying it and killing The Lost members. 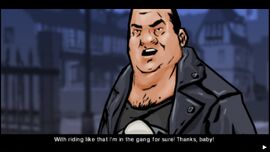 Meeting Lester outside the park. 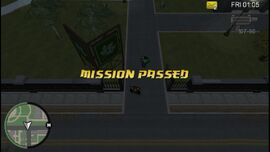 Retrieved from "https://gta.fandom.com/wiki/Double_Trouble?oldid=1258011"
Community content is available under CC-BY-SA unless otherwise noted.