• ­You need to find a vehicle with at least two passenger seats.

• ­Go and pick up Paul and Maccer.

• ­Go back and pick up Paul! (If Paul gets left behind)

• ­Go back and pick up Maccer! (If Maccer gets left behind)

• ­Take Paul and Maccer to the snake farm.

• ­Get them back to Rosie's casino in Las Venturas!

You've Had Your Chips

The Truth: "I took some fellow travellers deep into the desert on a peyote safari a few nights back. We faced the Inner Light and communed with the Lizard King."
CJ: "Sounds fun. How'd it go?"
The Truth: "That's the problem. I don't know. I'm in Los Santos. I woke up in a Japanese bathhouse about an hour ago and I have no idea how I got here or where the others are."
—The Truth tells Carl Johnson about the missing British tourists

Don Peyote is a mission in Grand Theft Auto: San Andreas. It is the final mission given by The Truth to protagonist Carl Johnson from outside The Four Dragons Casino, by phone call.

Carl receives an unexpected phone call from The Truth. Apparently, he, a band and their manager went on a "peyote safari" in the desert last night. He tells Carl that he's in Los Santos, not knowing how he got there, and he doesn't know what happened to the other people. So, he asks Carl to travel to Arco del Oeste and make sure they're still alive.

Carl grabs a vehicle and heads out to Bone County. Once atop Arco del Oeste, he starts looking for the band, and finds their frontman and manager. Maccer explains that they passed out from drug use, while Carl offers them a ride to town. Kent Paul tells Carl to take them to Caligula's Palace in Las Venturas where his friend, Ken Rosenberg, is working.

Carl, Maccer and Paul get into Carl's vehicle and begin to drive back to Las Venturas. Carl and Paul ask where the other members of the band are, to which Maccer explains that he remembers "snakes", so Carl drives them to the Snake Farm west of Verdant Meadows. Once there, a few people notice Maccer and Paul, who were involved with the group the previous night. Angered by this, the group point guns at the trio. Carl kills them, before driving Paul and Maccer to Caligula's Casino on The Strip.

Once there, they go inside and make their way to the office. They find Ken, who appears to be distressed. Kent Paul introduces him to Maccer and Carl. Rosenberg explains his very "depressing and tough situation" by informing Paul that every Mafia family is pressuring Rosenberg, and, to make things "worse", Paul is here to witness it. Paul asks Carl to give them some space, and that he will call Carl later. Carl leaves the office and the mission is complete.

Outside the casino, Carl calls Wu Zi Mu and explains that he has found a way to survey Caligula's Casino for the heist in a manner which will not cause suspicion. Carl asks Woozie to meet him soon.

The reward for this mission is an increase in respect. The mission Intensive Care is unlocked and a new mission icon appears in Caligula's. The Combat Shotgun is now available to buy from the Ammunation ($1,000). 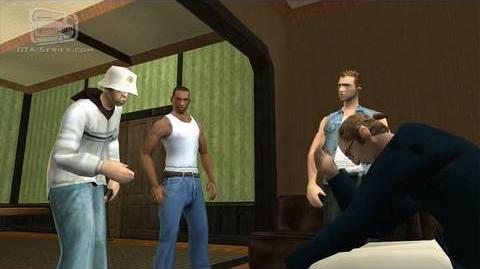 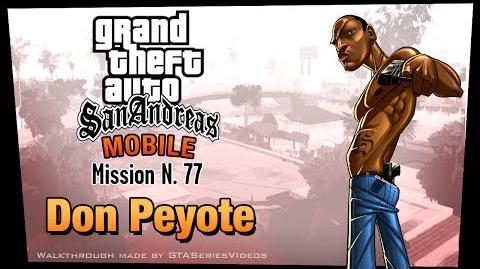 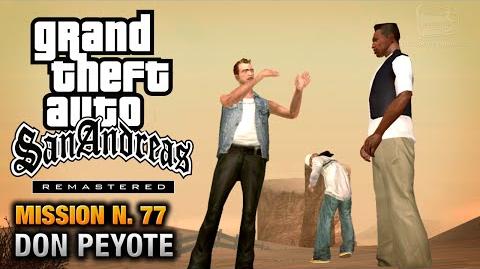 Retrieved from "https://gta.fandom.com/wiki/Don_Peyote?oldid=1212077"
Community content is available under CC-BY-SA unless otherwise noted.