GTA Wiki
Register
Don't have an account?
Sign In
Advertisement
in: Missions, Missions in GTA Vice City, Side Missions,
and 2 more
English

Cap the Collector (if the player owns at least seven assets)

In-game time
“The ice cream is a front. We distribute other, non-dairy products.”
— Maude Hanson

Distribution is a mission in Grand Theft Auto: Vice City which Tommy Vercetti performs independently. This is the only asset mission for The Cherry Popper Ice Cream Company and is triggered from the company's factory in Little Havana, Vice City.

After purchasing the company for $20,000, Tommy Vercetti learns from the previous owner, Maude Hanson, that the company is actually a front and the "ice cream" sold is actually drugs. Seeing the opportunity in this, Tommy takes one of the company's ice cream vans and begins distributing the drugs through Vice City. After selling 50 "ice creams", whilst avoiding the attention of the police, the asset mission is completed. 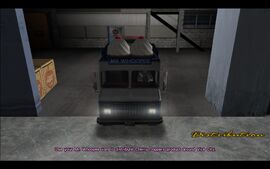 Tommy gets into the Mr. Whoopee parked in The Cherry Popper Ice Cream Factory and prepares to start distributing some products. 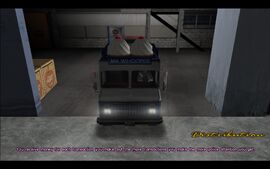 The more clients he attracts, the more heat he gets, so Tommy must be careful. 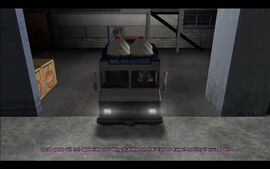 He will also have to watch out for any street gangs in the territories he'll deal in. 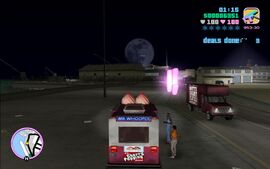 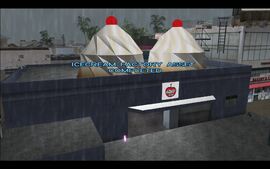 After Tommy has sold 50 packages to 50 different clients in a very short amount of time, Tommy is established as the top-distributor of the city. 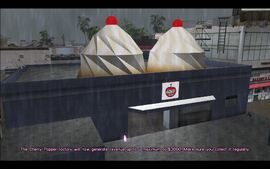 The factory's dealings will now regularly generate up to $3000, which Tommy will be able to pick up from the factory's front.