The team runs out of lives.

In-game time
“Do you know how hard it is to find a good translator? One with a solid grasp of every regional dialect in South America and a strong stomach? And then before you can say "extraordinary rendition" the IAA stick him on a plane to their favorite black site. Well, I don't want any loose ends. Get to the airport, terminate him, and don't lead the cops back to me.”
— In-game description.

Dispatch III is a Dispatch Mission featured in Grand Theft Auto Online as part of the Southern San Andreas Super Sport Series update, released on May 29th, 2018, during the Madrazo Dispatch Services Week event. It is given to the players by Martin Madrazo and is available from 2 to 4 players.

The IAA is preparing to transport a translator who was affiliated with Martin to a "black site". Martin does not want any "loose ends", and orders the players to terminate the translator.

The players must go to Los Santos International Airport, more precisely the Devin Weston Hangar. Once there, the players can enter the hangar and, stealthy, assassinate the target, who is entering an armored plane.

Players can also wait the target enter the plane and wait it take off, and then, using rocket launchers or weaponized vehicles, kill the target. The plane will be able to take up at least three missiles before exploding.

After the target is assassinated, the players must leave the airport and lose the wanted level. Then, the mission is completed. 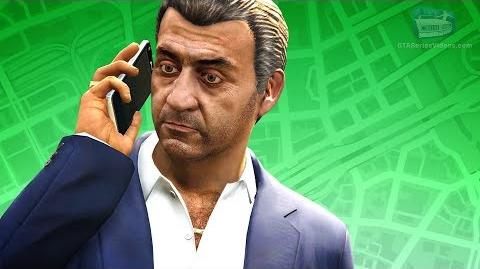 GTA Online - All Madrazo Dispatch Missions
Dispatch III starts at 11:38 and ends at 16:00.