In-game time
“One more ting an I can let you go, Tommy. My boys gone war wit dem Cuban boys. But no guns. Hmm, but de Cubans have a surprise comin'. While they fight in de streets, you take this rifle and kill dem in de hubbub. No one sees you, no one hear you.”

Auntie Poulet informs Tommy of a Haitian and Cuban battle that will soon be occurring nearby. She wants Tommy to use a sniper rifle and make sure the Haitians win the battle. Assuming that if he succeeds in this final job she will let him go, Tommy heads up to a roof across the street from the battle and makes himself hidden. The Haitians and Cubans are in a fist fight as no guns are allowed. As the Cubans lose the battle, reinforcements for the Cubans come, some with weapons. Tommy snipes the Cubans one by one as the Haitians are beating them up. The Haitians manage to win the battle and Tommy is no longer under the control of Auntie Poulet. After this Auntie cuts her ties with Tommy, telling him that she doesn't want him around Little Haiti anymore.

Auntie Poulet: Tommy, Tommy why you coming back here for? I tell you we don't want to see you around here no more. 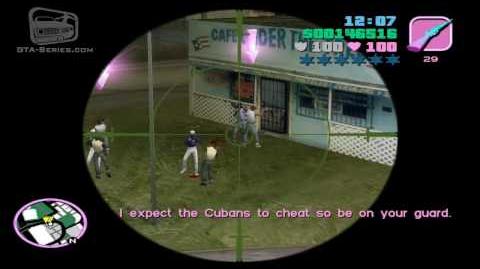 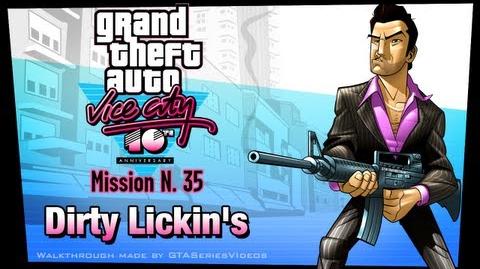 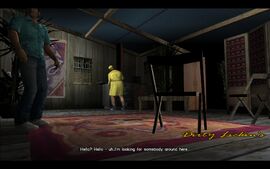 Tommy arrives at Poulet's shack in Little Haiti and is calling out for someone. 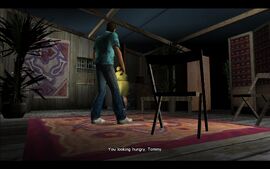 Poulet says that Tommy looks hungry and offers him some tea. 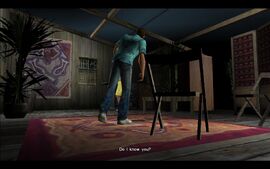 Tommy asks Poulet if he knows her, as she seems familiar. 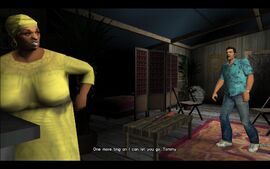 Poulet ignores Tommy and tells him that she needs a job done, and then she can let him go forever. 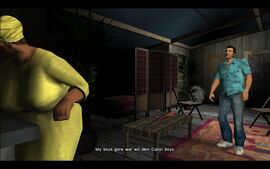 Poulet tells Tommy that her Haitians have gone to a street fight with the Cubans. 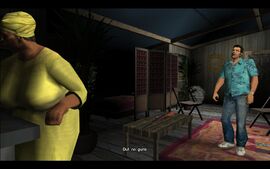 The only rule in the fight is that no weapons are allowed. 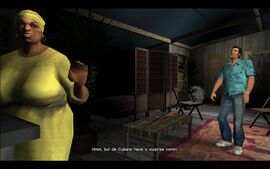 However, Poulet says that the Cubans have a surprise coming... 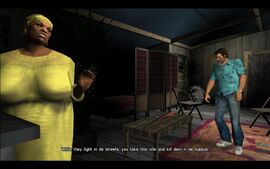 Poulet instructs Tommy to pick up the Sniper Rifle from the nearby table, then go and pick off the Cubans at the fight one by one. 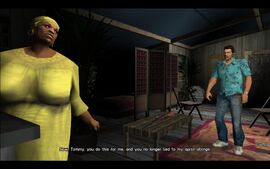 Poulet tells Tommy that once he does this, he will no longer be under her control. 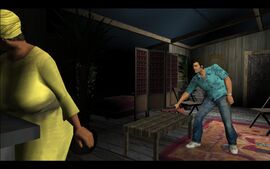 With no hesitation, Tommy accepts the orders, picks the rifle up and goes to kill the Cubans. 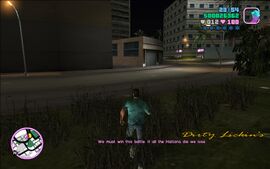 Tommy sprinting to the rooftop on which he can overlook the fight. 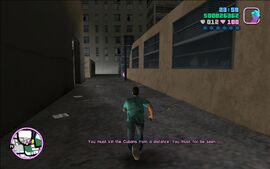 Tommy is reminded that he mustn't be seen when killing the Cubans. 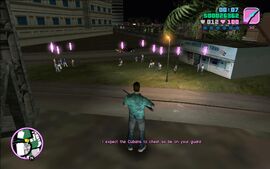 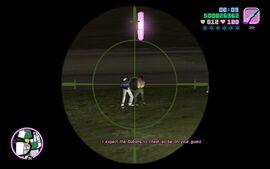 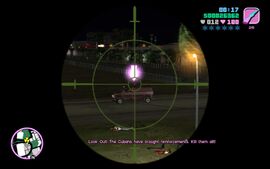 After Tommy picks off all of the original Cuban gang members, a Burrito strolls around, and lets out some more gang members. 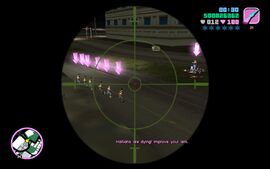 And after Tommy is done killing all of the Cubans from the Burrito, a line of few more run towards the battle field, wielding Katanas. 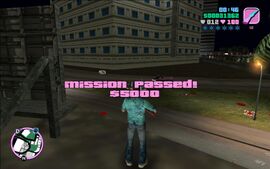