Trevor: "It's always been a dream of ours...The train of dreams..."
Michael: "The hell are you talking about?"
Trevor: "I'm talking about gold. Enough to keep Ron in trailers and you in therapy. Enough so that we can pay off that Mexican and get you back into town, baby, yeah!"
— Trevor Philips explaining the "monthly train" to Michael De Santa.

Derailed is a mission in Grand Theft Auto V which protagonist Trevor Philips performs with the assistance of fellow protagonist Michael De Santa.

The player, as Trevor, takes a Sanchez to the tracks east of Sandy Shores. Trevor uses some rocky cliffs and outcrops alongside the tracks to jump on top of the train's container cars. He then rides the bike across the train cars and hopping over the gaps in the containers, eventually reaching the locomotive. He enters the locomotive's cab, says "howdy" to the driver, and then proceeds to knock him out by hitting his head against the dashboard. Trevor bypasses the Merryweather unit waiting at the Paleto Bay station, where the train was intended to stop.

The player is shifted to Michael, who is wearing a scuba suit and is sailing a Dinghy up Cassidy Creek. When Michael reaches a spot near the creek's train bridge, he looks up to see Trevor drive the Merryweather train head-on into another locomotive, causing a terrible accident. Cargo and train cars fall off the bridge and into the river below. Moments before the crash, however, Trevor had jumped free from the train, and he fell through the air and into the water below, which is now filled with cargo containers. Michael blows the doors off the target container in order to get the payload located inside.

Once the doors have been destroyed, the player is shifted back to Trevor, who must fend off oncoming Merryweather boats, helicopters, and snipers while Michael unloads the payload. When Michael has the payload, Trevor jumps into the Dinghy and the two rush down the creek towards the ocean. All the while, the player, as Trevor, must continue to fend off waves of Merryweather troops, using a thermal scope and a sniper rifle. The two eventually reach open water and beach the craft near two separate getaway vehicles. They open the briefcase Michael obtained from the shipping container. The briefcase contains an ancient artifact.

Michael wants to give the artifact to Martin Madrazo as a method of apology for Trevor's kidnapping of Patricia Madrazo, Martin's wife. Trevor refuses. Michael offers to help Trevor take down the Union Depository if Trevor agrees. Trevor is skeptical, but Michael insists that with Franklin's help, they can do it. Trevor agrees. Michael takes the artifact and leaves, ending the mission.

"The future of Merryweather's high-value courier service, which was pitched to clients as guaranteed safe transportation of sensitive or precious cargo, lies in jeopardy today after one of their trains was derailed and robbed in Blaine County's Raton Canyon. The identity of the hijackers is still unknown. It is the latest in a series of teething problems for Merryweather's domestic operations but Don Percival assured us in a phone call that outsourcing security will still prove better for everyone in the long run."

"More trouble for Merryweather? Merryweather's high value cross-country courier service has been suspended indefinitely after one of their trains was hijacked in Blaine County's Raton Canyon. This is the latest in a long line of problems for the security firm since they were cleared for U.S. operations."

Jimmy will send a text message to Michael after this mission, saying that he has returned Michael's car to the mansion. At this point, it is possible to go to the mansion and retrieve it, however, at this point in the game, Michael is still subject to attack from the Madrazo Cartel if he re-enters Los Santos as he's still exiled from the city. Hereafter, however, the vehicle Michael has been using no longer becomes available to him as a default, requiring him to use Trevor's vehicle until Martin allows the two to re-enter Los Santos after the mission Monkey Business.

Steve Haines phones both Michael and Trevor in a conference call and tells them to meet at Cape Catfish. Michael asks for a week to put his affairs in order, but Haines refuses, adding that Franklin is already on his way to the rendezvous spot. 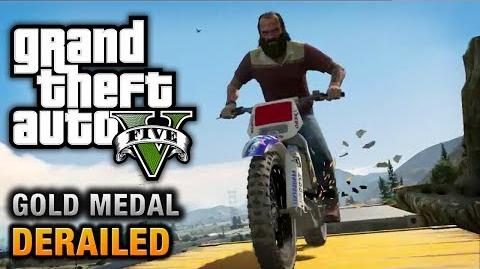 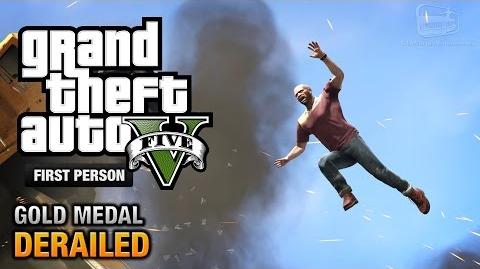 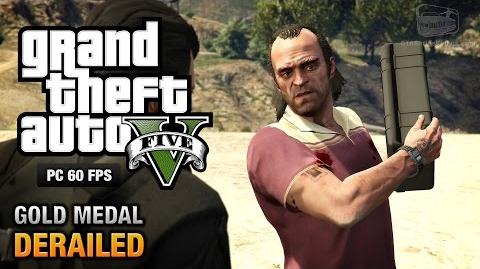