• ­Get to the TOPFUN van near the building site to be demolished.

• ­Detonation timer initiated! You must plant the 4 bombs in the remaining time!

• ­Bomb planted! Only 3 more targets to go! Go back and get another bomb.

• ­Bomb planted! Only 2 more targets to go! Go back and get another bomb.

• ­Bomb planted! Only 1 more target to go! Go back and get another bomb.

Avery: "Now this here, this is the development as planned, and this is the property that we're lookin' at."
Tommy: "You're trying to say this new office block is kinda in the way."
Avery: "You catch on quick!"
— Avery Carrington explains Tommy's task

Avery Carrington is looking at some more development land, located up the road from his construction site. Avery's problem is that construction has already begun, so Avery asks Tommy to destroy the site. Tommy leaves Avery's construction site and walks to the edge of the site, where a Top Fun van is located with an RC Goblin and four bombs. Tommy enters the van and uses the remote control helicopter to transport and plant bombs in various locations around the site, whilst avoiding the construction workers and security guards. After Tommy places the four bombs on the site, the bombs are detonated and the construction site is destroyed.

The reward for completing this mission is $1000 and, if the player has completed Phnom Penh '86, the mission Two Bit Hit is unlocked.

The buildings main staircase being guarded by a construction worker.

Two construction workers inside the building 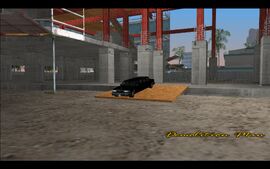 Tommy arrives at the construction site in Vice Point to see the black limo drive down the ramp. 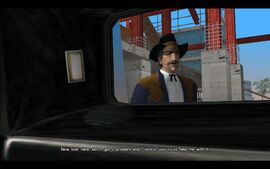 Avery tells Tommy of a problem that he has that he wants Tommy to solve. 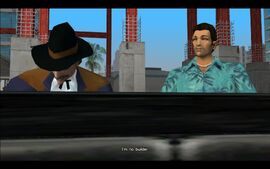 Tommy thinks that Avery wants some help building something. 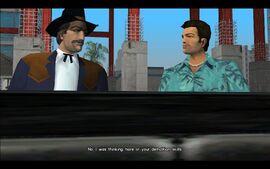 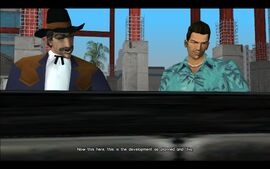 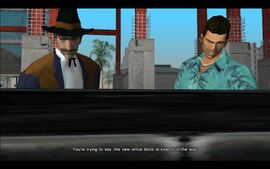 Tommy realises that Avery wants a plaza being built to be destroyed. 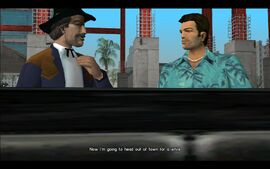 Avery starts talking of his trip out of town. 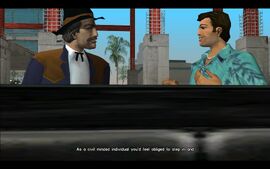 Tommy realises that Avery plans to destroy the other construction site, then buy the land on which the building is being constructed on. 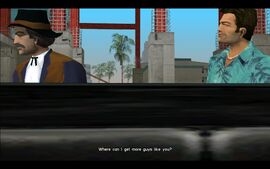 Avery is amazed at Tommy being so quick to catch on. 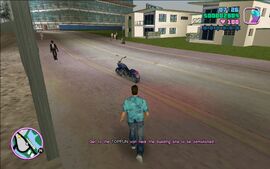 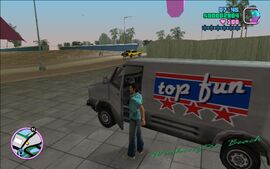 Tommy entering the Top Fun van parked near the construction site he'll have to destroy. 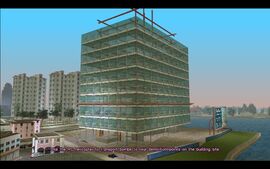 Inside of the van, Tommy finds a system to control a toy helicopter that he will use to plant some dynamite in the building. 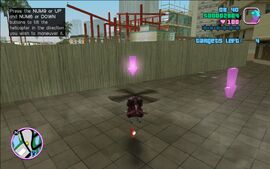 Tommy picking up the first bomb. 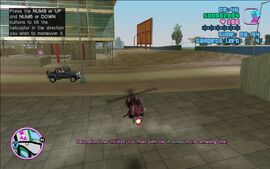 Tommy flying to plant the bomb. 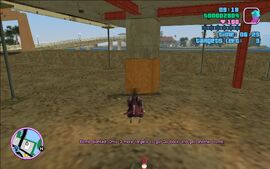 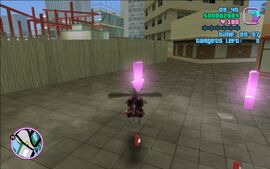 Tommy picking up the second bomb. 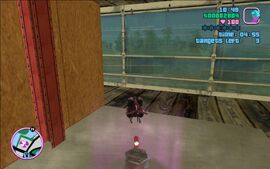 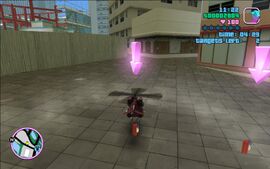 Tommy picking up the third bomb. 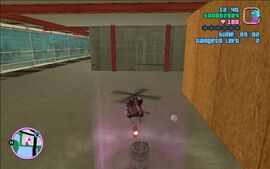 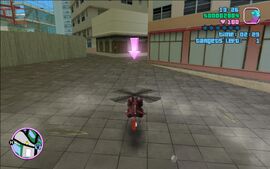 Tommy picking up the fourth and final bomb. 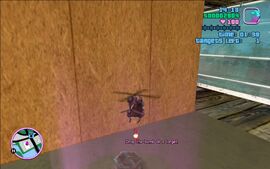 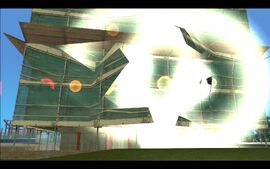 As Tommy plants the last bomb, the construction site blows up. 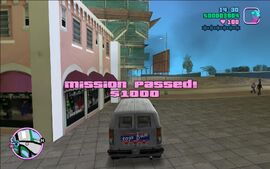 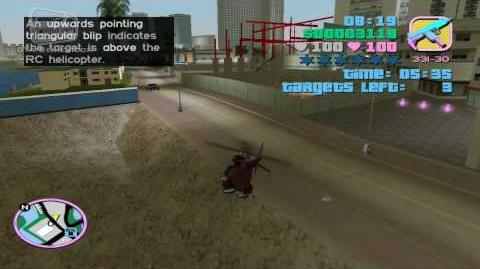 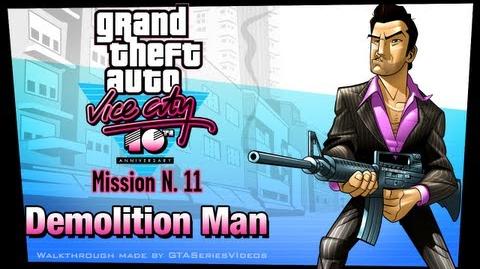 Retrieved from "https://gta.fandom.com/wiki/Demolition_Man?oldid=1316991"
Community content is available under CC-BY-SA unless otherwise noted.