In-game time
“A lesson in business, my friend. If you have a unique commodity, the world and his wife will try to wrestle it from your grasp... even if they have little understanding as to its true value. SWAT teams have cordoned off the area around my associate and the package. Get over there, pick up the van and act as a decoy. Keep them busy and he should make good his escape.”
— Donald Love

Decoy is a mission in Grand Theft Auto III given to protagonist Claude by media tycoon and businessman Donald Love from the Love Media building at the Bedford Point district of Staunton Island, Liberty City.

Claude gets over to the location, already noticing many Police Cars and Enforcers waiting with officers on foot to pounce as soon as the van starts moving. He then gets inside the van, and gets a six-star wanted level as the waiting LCPD vehicles spring their trap and close in. He drives the van away from the warehouse, making the police chase him, with the Oriental Gentleman then having the opportunity to escape.

The reward for this mission is $35,000. The mission Love's Disappearance is unlocked. 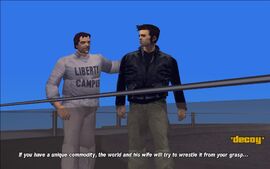 Claude arrives at the Love Media Building in Bedford Point and is welcomed by Donald Love, who gives Claude some words of wisdom. 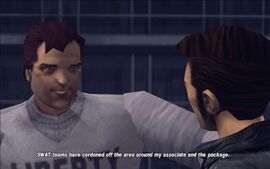 Love tells Claude that the lock-up where the Securicar that Claude helped the Old Oriental Gentleman be driven to is now under close surveillance by SWAT teams. 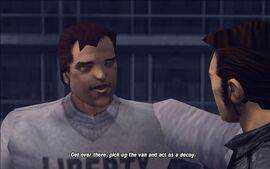 Love hires Claude to take the Securicar and act as a decoy to let the Old Oriental Gentleman and Love's package that Claude had to previously collect leave the lock-up unharmed. 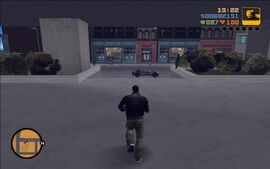 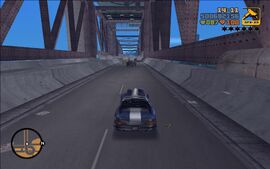 Claude on his way to the lock-up in Pike Creek. 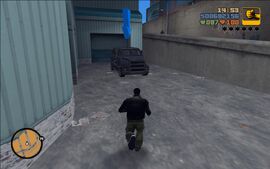 After arriving at the lock-up, Claude finds the Securicar parked in-front of the lock-up's garage. 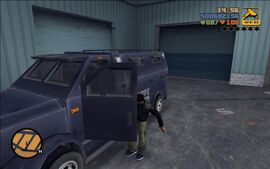 Claude getting into the Securicar. 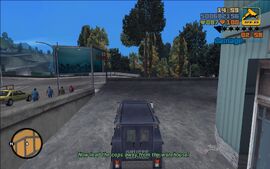 After Claude gets into the Securicar, he immediately gets extreme police attention, who try to hunt him down at all costs. 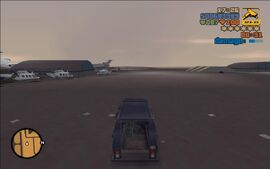 Claude tries to hold off the cops by driving around while the Old Oriental Gentleman escapes from the lock-up. 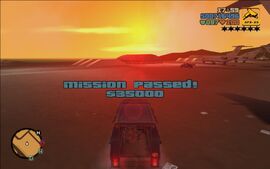 After a three in-game hours of the chase, mission passed. 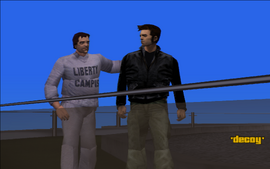