All Hands On Deck!
Rub Out

Kent Paul: "You know that wanker Diaz, the Bugle Master. He's got your boy, Lance. Word is your mate tried to jump him... didn't jump high enough if you know what I mean."
Tommy Vercetti: "Where did he take him? In plain English?"
Kent Paul: "Keep your barnet on! They got him across town at the junkyard."
—Kent Paul informs Tommy that Diaz's men are now holding Lance hostage at the Junkyard.

Death Row is the only mission in Grand Theft Auto: Vice City given to protagonist Tommy Vercetti by Malibu Club member Kent Paul.

Tommy arrives at the Malibu Club and Kent Paul approaches him. Paul informs Tommy that Lance Vance tried to attack Ricardo Diaz but failed, and Diaz's men are now holding him hostage and torturing him at the Junkyard. Tommy leaves the club and drives across town to the junkyard where he finds it heavily guarded by Diaz's goons.

Tommy fights his way to a storage hangar at the rear of the junkyard where he finds a heavily injured, but still lingering, Lance. Tommy berates Lance for his actions as it has "blown all [his] careful planning to shit", but Lance reveals he was attempting to get revenge for Diaz ordering his brother's death. Tommy decides they must now kill Diaz before he has a chance to kill them, and agrees to drive Lance to the hospital.

Tommy Vercetti: "There goes my careful planning blown to shit, thanks to you. You screwed up real good, Lance!"
Lance Vance: "He killed my brother. What do you expect me to do, mow his lawns?"
Tommy Vercetti: "We're gonna have to take out that prick Diaz before he takes us out."
—Tommy Vercetti saves Lance Vance.

Tommy then escapes with Lance. When the duo leave the junkyard they are chased by more of Diaz's men. Tommy manages to evade them and takes Lance to the Schuman Health Care Center Downtown. Tommy tells Lance to meet him by the bridge to Starfish Island once he has recovered.

Colonel Juan Cortez: Tommy, Thomas it's Cortez. Look, the French are giving me all kinds of trouble, amigo. Damn hypocrites. They spend a hundred years stealing from poor countries and they call me a thief! I am going to need your help as soon as possible, amigo. So please hurry, Tommy, I need you, all right? I hate the damn French. 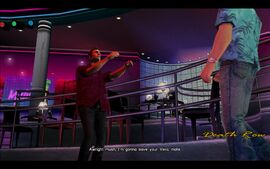 Tommy arrives at the Malibu Club in Vice Point and is immediately met by Kent Paul. Kent tells Tommy that he is going to save him. 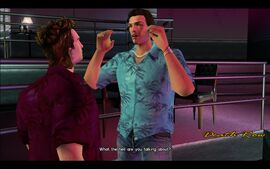 Tommy is confused by Kent and asks what he means by that. 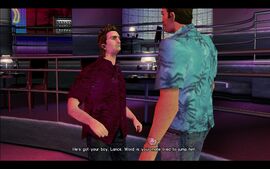 Kent reveals that the word around town is that Lance tried to kill Diaz, but Diaz survived the assassination attempt and now holds Lance hostage. 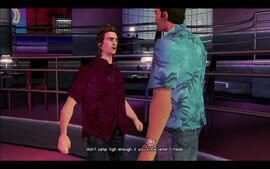 Kent jokes about Lance, saying that he tried to jump up, but didn't jump high enough. 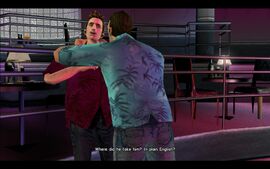 Tommy is not amused by Kent's jokes and presses him against a railing and asks him to stop joking around and tell him where Lance is being held. 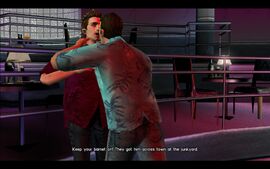 Kent tells Tommy that Lance is apparently being held at the junkyard in Little Haiti. 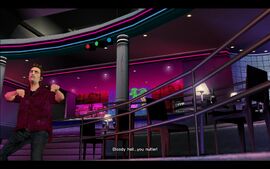 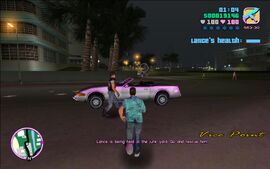 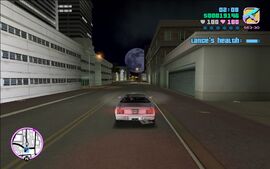 Tommy speeding to the junkyard in Little Haiti. 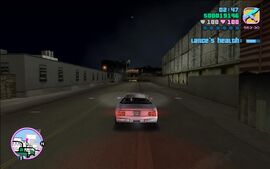 Tommy arriving at the junkyard. 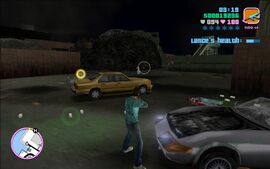 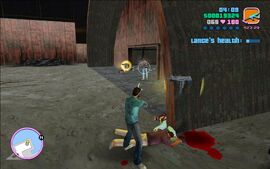 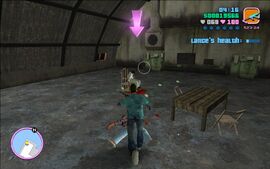 Tommy running to get Lance. 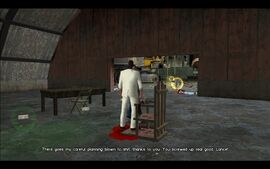 Tommy is angry at Lance for ruining his careful planning to get rid of Diaz. 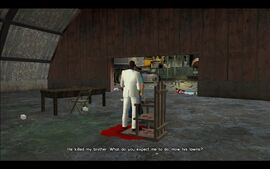 Lance tells Tommy to calm down. Diaz killed Lance's brother and Lance was not going to do any more dirty work for Diaz. 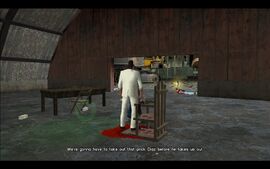 Tommy says that since they're now in hot water with Diaz, they're going to have to take him out and asks if Lance is okay to use a gun if needed. 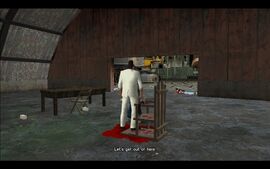 After a small chat with Lance, Tommy finally decides to get out of the junkyard. 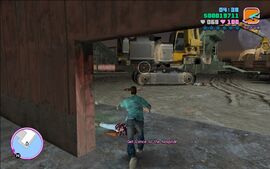 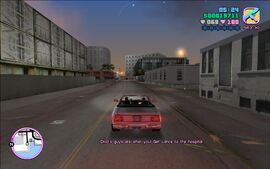 Shortly after getting out of the junkyard, Tommy realises that Diaz's men are after him and Lance. 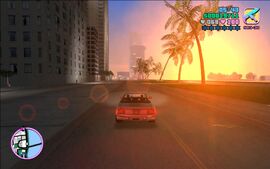 Tommy speeding down to the hospital in Downtown. 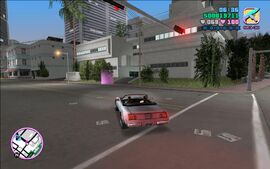 Tommy and Lance arrive at the hospital. 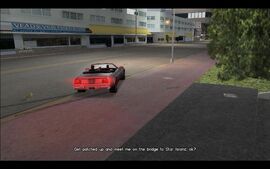 Before letting Lance go, Tommy tells him to meet him near Diaz's mansion in Starfish Island. 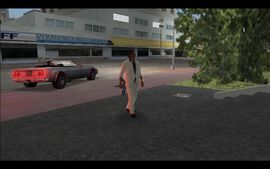 Lance walking into the hospital. 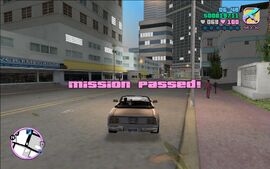