View source
watch 02:56
Raise a Floppa - The Loop
Do you like this video?
Play Sound
Not to be confused with Steal the Deal, a mission in Grand Theft Auto: Vice City Stories.

In-game time
“The Colombian Cartel have ignored repeated requests to leave our interests in Liberty City well alone. Now they are negotiating terms with the Jamaicans in order to humiliate us further. They are finalizing a deal across town. Take one of my men, steal a Yardie car and go pay your respects to the Colombians. Our honor demands that you leave no one alive!”
— Kenji Kasen

Deal Steal is a mission in Grand Theft Auto III given to protagonist Claude by Yakuza co-leader Kenji Kasen from his casino in Torrington, Staunton Island, Liberty City.

Kenji demands Claude to disrupt a deal between the Colombian Cartel with the Yardies and frame the Yardies for the deaths of some Cartel members. Claude is ordered to steal a Yardie Lobo and pick up a Yakuza associate (presumably Kanbu), then drive to the meeting spot, and kill the Colombians as well as destroy their gang cars parked there. Claude then grabs a briefcase with unknown contents inside and take it back to the casino.

The reward for completing this mission is $25,000 and the mission Shima is unlocked. 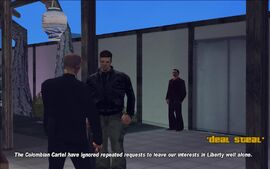 Claude arrives at Kenji's Casino and is welcomed by Kenji, who informs Claude of the problems Yakuza have been having with the Colombian Cartel. 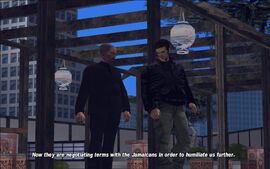 Kenji tells Claude that the Colombians have been ignoring Yakuza's warnings to stop meddling in their affairs and now are having a meeting with the Jamaicans to discuss ways on humiliating the Yakuza further. 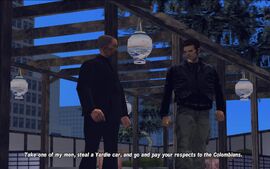 Kenji tells Claude to steal a Yardie car, meet up with Kenji's associate and crash the meeting between the Colombians and the Yardies. 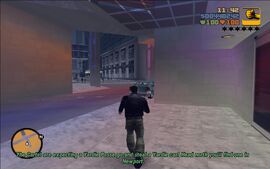 Claude is instructed to steal a Yardie car. He is told that he could find some cruising around in Newport. 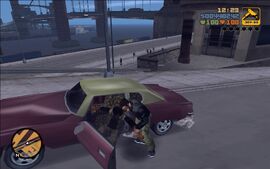 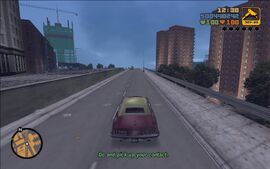 Claude on his way to meet with a Yakuza mobster. 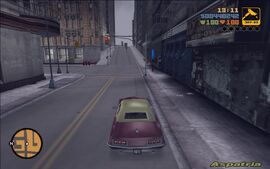 Claude nearing the location of the Yakuza mobster. 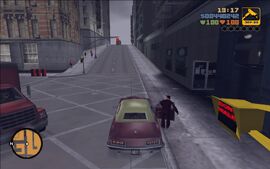 The Yakuza mobster getting into Claude's vehicle. 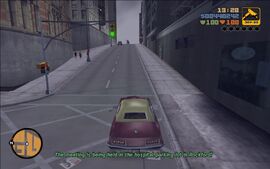 Claude and the mobster heading to the meeting place. 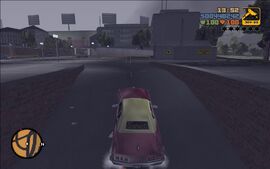 Claude and the mobster arriving at the meeting place. 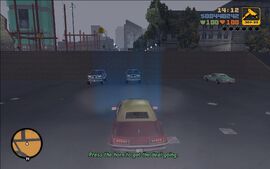 Claude has to horn to signal the deal's beginning. 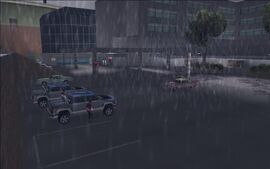 Colombian Cartel gangsters get out of their vehicles to start the deal. 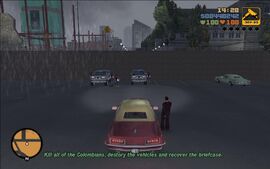 Claude is instructed to kill them, destroy their vehicles and recover a briefcase that would be used in the deal. 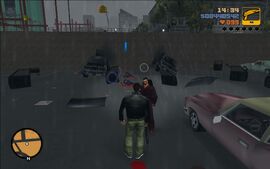 Claude and the Yakuza mobster after dealing with the Cartel gangsters. 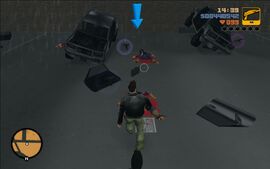 Claude, about to pick up the briefcase. 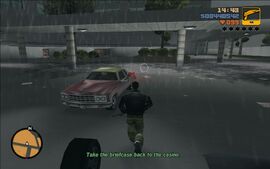 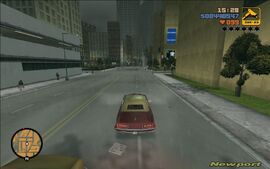 Claude and the Yakuza mobster returning to the casino. 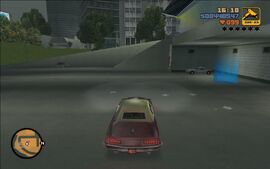 Claude and the mobster arriving at the casino. 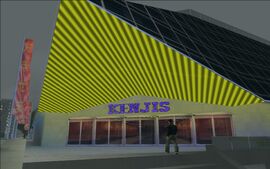 Claude heading inside to give Kenji the briefcase. 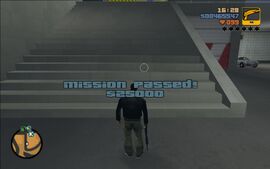 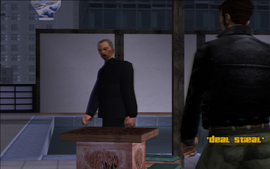