In-game time
“Listen, I got plenty of business to take care of. Take Paulie Sindacco. His family's finished in this town. But he thinks he can just run away, like he's got no dues to pay. I'm in jail because of that bastard! Make that son of a bitch pay.”
— Salvatore Leone

Toni visits Salvatore in prison again, this time standing underneath the window of his cell. Salvatore is still irate at being put in jail and tells Toni that he wants revenge on Sindacco Family Don Paulie Sindacco before he leaves Liberty City. Toni drives to the dock at Cochrane Dam and sees Paulie in his boat. Paulie tells his men to shoot at Toni, but Toni manages to defend himself and take Paulie out.

After this mission, the Sindacco family has been wiped out from Liberty City, and the neighborhood of Torrington in Staunton Island is now a Yakuza turf, and Kazuki Kasen takes over the The Big Shot Casino.

Donald Love: Toni? It's Donald. No wait, don't hang up! I've got a very exciting proposition for you... please call round at my current... um... residence, and I'll fill you in. Toni...? Please, Toni, have a heart. I'm calling you with my last di...

The reward for completing the mission is $3,000 and the Shogun Showdown and Panlantic Land Grab missions. Also, with the death of Paulie Sindacco, the Sindacco Argentos as well as Sindacco Family members will no longer appear in Torrington, thus making the area safer, and therefore, wiping out the Sindacco presence permanently in the city. 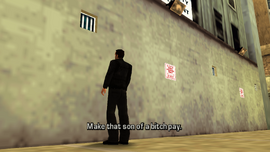 Toni visits Salvatore Leone at Shoreside Vale Police Station, talking to him through a small window. Sal orders Toni to whack Paulie Sindacco as revenge for causing his incarceration. 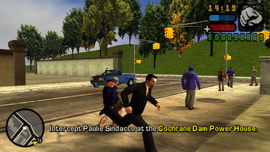 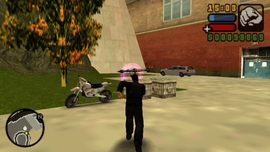 An RPG is conveniently placed by the pier where you are expected to meet Paulie Sindacco. 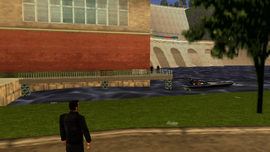 Toni finds Paulie and his bodyguards docking the pier. 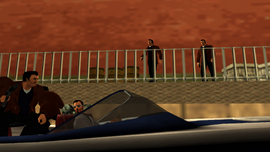 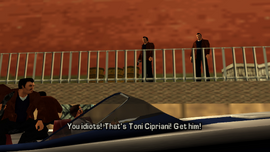 Paulie furiously orders his soldiers to get Toni. 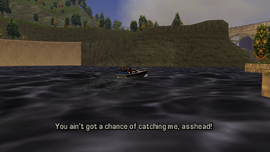 Paulie yells a taunt at Toni while jetting away. 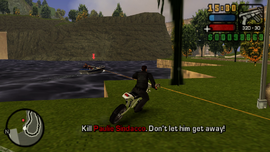 Kill Paulie Sindacco. Don't let him get away! 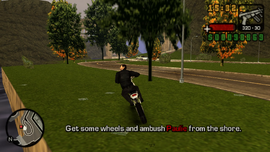 Grab some wheels and ambush Paulie from the shore. 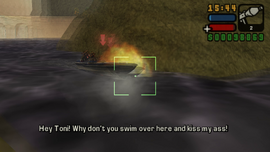 The boat takes 2 RPG shots in order to be blown up. 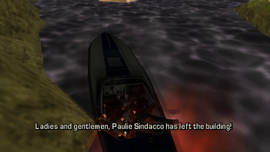 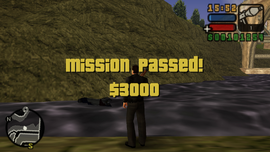 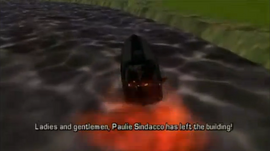 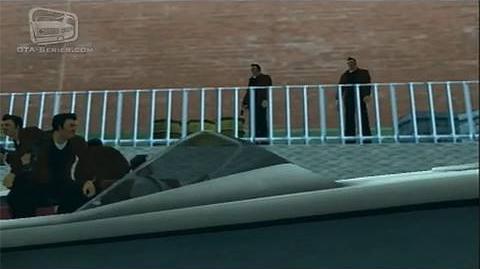 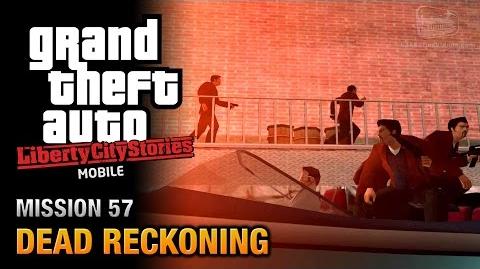