No Son of Mine

Dead Meat is a mission in Grand Theft Auto: Liberty City Stories given to protagonist Toni Cipriani by his mother from her restaurant in the Saint Mark's district of Portland, Liberty City.

Toni goes to his mother's restaurant to see her, but is once again verbally attacked by her. Ma Cipriani complains that Giovanni Casa has stopped paying his protection money after Toni took a picture of him in his diaper. Although not pleased with Casa, she admires his guts for standing up to a Cipriani and tells Toni that she wished that he had Casa's guts.

Toni decides to get Casa's guts literally, and drives over to his delicatessen in Chinatown. Toni picks up Casa, but noticing that Casa had been talking with LCPD officers beforehand, he takes him to the Liberty City Sawmills, where he intends on killing Casa without drawing attention from the police after seeing them earlier at Casa's delicatessen. Casa remains unaware that Toni is about to kill him, until Toni switches on the grinder machine.

Casa attempts to escape and screams at a sawmill worker to call the police, but continues to run around in circles within the sawmill until Toni catches up with him and kills him by the time the police arrive. Toni then butchers Casa's corpse using an axe before delivering it to his own deli whilst evading the police. The clerk decides to take the meat and sell it through the deli, unaware that the meat is actually the flesh of his own boss.

The reward for this mission is $500. The mission No Son of Mine is unlocked. 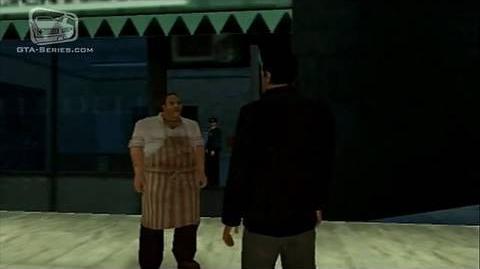 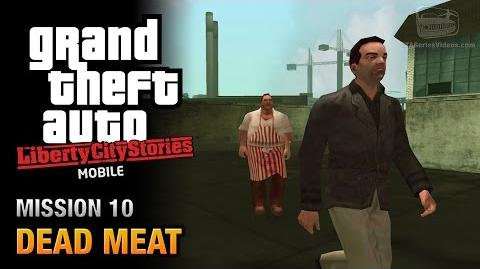