Dave Norton as a Director Mode character. (Enhanced version only)

Three's Company
Did Somebody Say Yoga?

Michael: "What do you need?"
Dave: "This guy. Ferdinand Kerimov. The Agency claims he's dead. We at The Bureau think they're full of crap. We think he's being debriefed some place."
Michael: "So?"
Dave: "Apparently, he has information which will put me and my superiors out of circulation. Those Agency fuckers have got the coroner's office locked down. We need you to verify the body."
— Dave Norton, briefing Michael De Santa.

Dave asks Michael to meet him at the Galileo Observatory. During the meeting, Michael confesses that he robbed the Vangelico store with Franklin and dares Dave to arrest him, to allow Dave to gain extra credit with the FIB.

Dave refuses. Instead, he asks Michael for a favor. Ferdinand Kerimov, an informant and suspected terrorist, has been declared dead by the IAA, but the FIB believe he's being "debriefed" somewhere. Dave wants Michael to enter the morgue in Strawberry and confirm that Kerimov is indeed dead. Because the IAA has the morgue secured, Michael must sneak in. Dave facetiously remarks that Michael should have no trouble "playing dead", before knocking him out with a truncheon. With Michael slipping out of consciousness, Dave quickly informs him to call him when he regains consciousness.

In the morgue, Michael regains consciousness in a body bag. The bag is soon unzipped and two medical examiners begin preparing Michael's body for autopsy. Michael surprises the examiners, choking one while the other runs away. A guard soon appears who Michael can take down with a sneak attack. Michael then checks the corpses in the morgue. He discovers one with Kerimov's name on the toe tag, but the body is of a black woman, and is obviously not Kerimov. Michael calls Dave to relay the news. Dave tells Michael he must escape the morgue.

At this point, more guards appear. Michael must shoot his way through the first floor and up to the second where he retrieves his clothes and weapons. From there, Michael must shoot out a window and jump into a dumpster below. Michael must then evade the cops (using either a Felon, a Baller, or another vehicle), after which he calls Franklin and asks him to meet at the oil derricks in El Burro Heights. Once there, Michael urges Franklin to flee Los Santos, warning him that the FIB will soon put Franklin's life in danger. Franklin states that Michael has helped him, and so he will help Michael. Michael thanks Franklin for his loyalty. Franklin leaves and the mission ends.

The unique truncheon used to knock Michael out.

Corpses to be identified. 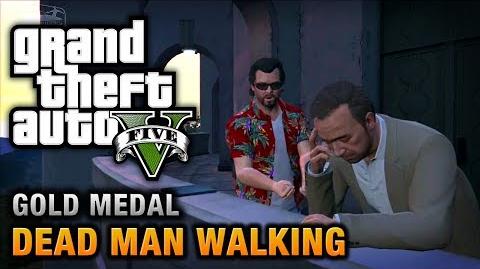 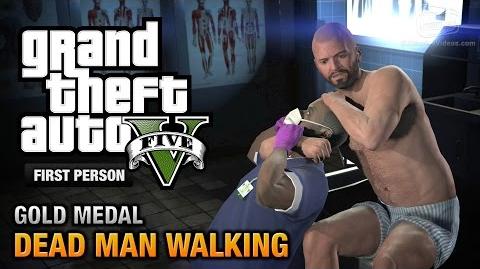 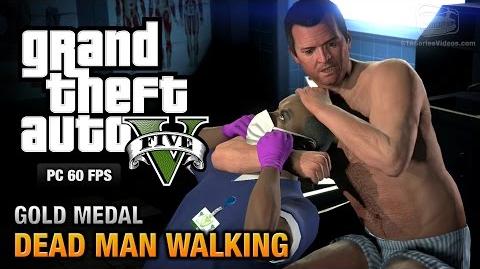