In-game time
“The Colombian Cartel is making SPANK somewhere in Liberty, but we don't know where, and they seem to know everything we're doin' before we do. We got us a rat! There is a guy named Curly Bob works the bar at Luigi's. He's been throwing more money around than he's earning. He ain't pimpin' or pushin', so he must be talking.”
— Salvatore Leone

Cutting the Grass is a mission in Grand Theft Auto III given to protagonist Claude by Leone Family Don Salvatore Leone from his mansion in the Saint Mark's district of Portland, Liberty City.

Claude drives over to Luigi's and follows Curly Bob, who takes a taxi to Portland Harbor, where he meets Catalina and Miguel of the Cartel. Catalina hands Bob the SPANK, with Bob then telling them of the Leone Family's problems with the Triads and the Forelli Family. After Catalina and Miguel leave, Claude kills Curly Bob.

The reward for completing the mission is $15,000. The next mission, Bomb Da Base: Act I, will be unlocked, provided Blow Fish is also completed. 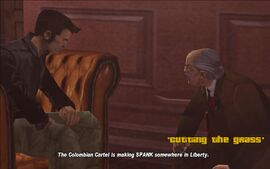 After arriving at Salvatore's Gentlemen's Club, Claude is told by Salvatore that SPANK, the new drug, is being made somewhere in Portland by the Colombian Cartel. The Cartel is a rival of the Leone's and Salvatore claims they seem to know everything they do before they do it. 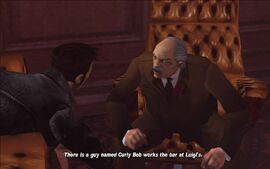 Salvatore comes to the conclusion that there is a rat in the organization. The person Salvatore suspects of being the rat is Curly Bob, who works at Luigi's Sex Club 7. 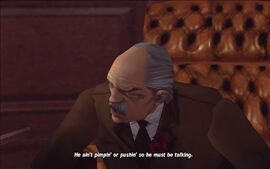 Salvatore highlights how Curly is spending more money than he is earning working at Luigi's. Curly does not sell drugs, nor does he pimp out prostitutes, therefore he must be the rat. 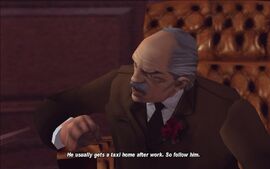 Salvatore informs Claude that Curly takes a taxi home every day after work, and instructs Claude to follow his taxi to see if Curly indeed is the rat. If Curly indeed turns out to be the rat, Salvatore orders Claude to kill him. 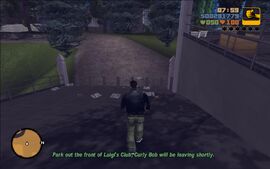 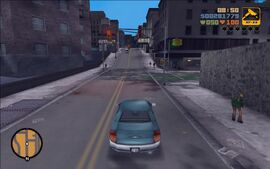 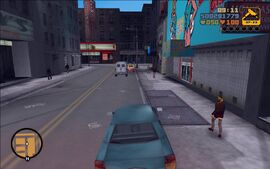 Curly walking out of the club. 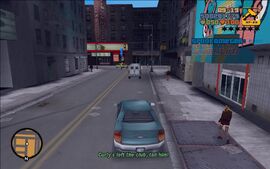 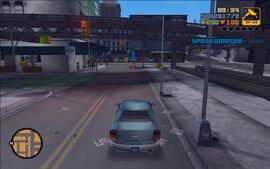 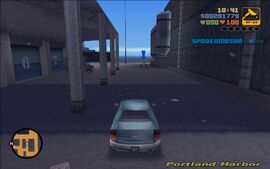 Claude and the taxi arrive at Portland Harbor. 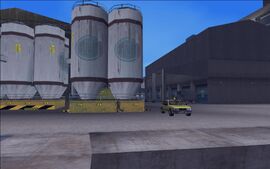 Curly running out of the taxi. 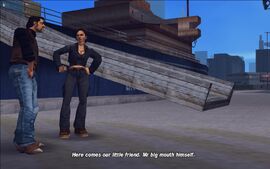 Miguel and Catalina are waiting for Curly near a cargo ship. 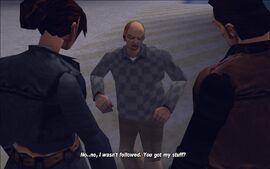 Catalina asks Curly if he was followed and Curly says no, unaware of Claude, who was following him. Curly asks Catalina if she has his "stuff". 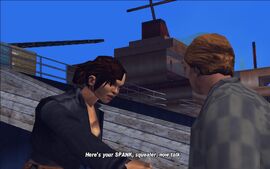 Catalina hands Curly some SPANK and tells him to tell them something about the Leones. 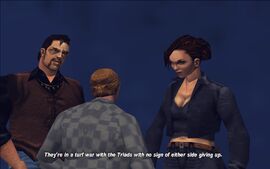 Curly tells Catalina and Miguel about the war between the Leones and the triads and Joey Leone's bad blood with the Forelli Crime Family, before noting that Salvatore does not even suspect Curly being a rat. 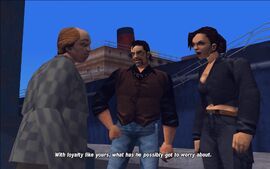 Catalina comments on Curly's loyalty and sarcastically says that Salvatore has nothing to worry about, before heading off with Miguel. 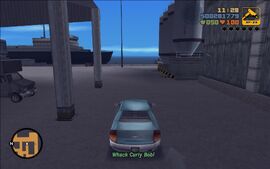 Claude, after learning of Curly's betrayal is tasked with killing him. 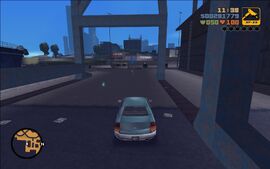 Claude, moments before running Curly over. 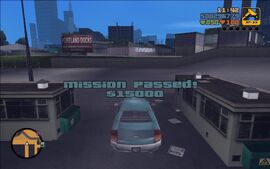