Madd Dogg: "Man! That fake-ass Loc!"
CJ: "Loc? But he's terrible."
Madd Dogg: "Motherfucker! I knew there was something familiar 'bout those rhymes he was kickin'. They're from my rhyme book! That's my money! And those are my ho's! AND THAT'S MY VIDEO HE'S SHOOTIN' TODAY!"
CJ: "OK. I say we make a cameo appearence."
— Madd Dogg finds out that OG Loc stole his rhyme book

Cut Throat Business is the final mission for Madd Dogg in Grand Theft Auto: San Andreas given to protagonist Carl Johnson by him from his mansion in the Mulholland district of Los Santos, San Andreas.

Carl arrives at the mansion to find Madd Dogg back in the studio and ready to make his comeback. On TV, rival rapper OG Loc is holding a press conference and music video shoot. After listening carefully Madd Dogg realizes that the rhymes by OG Loc are actually from his rhyme book, which was stolen by Carl for OG Loc a long time ago. Carl and Madd Dogg both agree to drop-in unannounced and make a "cameo appearance" in the middle of Loc's video.

As the two arrive at the shoot, OG Loc is being interviewed. When he sees the two, he attempts to escape in a Vortex. Carl and Madd Dogg take the two other hovercrafts and give chase. In Verona Beach, Loc gets off his Vortex and switches to a go-kart. Carl and Madd Dogg again take the two other Go-Karts and continue chasing Loc through Los Santos. The chase comes to an end as Loc attempts to escape into the Blastin' Fools Records headquarters in Market. Madd Dogg and Carl confront Loc, who initially denies the theft but then attempts to buy their silence. Jimmy Silverman, one of the executives of the record company, overhears the conversation and offers to sign Madd Dogg to the record label and sue Loc. Loc is sent to go get them all some lunch; his career is now over. Madd Dogg takes back his rhyme book.

The player is rewarded with respect upon completing this mission. If the mission Grove 4 Life for Sweet Johnson has been done, the next mission Riot will be unlocked, triggering the endgame portion of GTA San Andreas. Also, there will now be Vortex and Kart spawn points (although the Vortex will always be in Valle Ocultado and the Kart will be possible to use and can be taken during the race Go-Go Karting as long as Back to School, Yay Ka-Boom-Boom, Monster and Customs Fast Track are completed.)

Carl Johnson chasing OG Loc in a Kart through Vinewood. 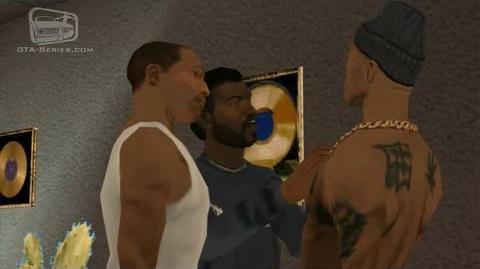 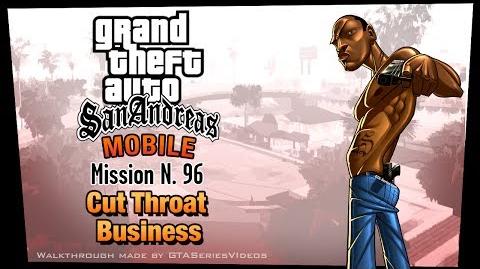 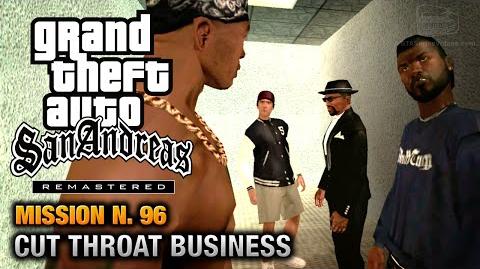