• ­Get to the vantage point on the hill.

• ­Pour a gasoline trail leading outside.

• ­Shoot the gasoline trail to ignite it.

• ­Get away from the house.

Jerry Can available at Ammu-Nation

Elwood: "It's business fella. You wanna discuss it, we're at the farm. Ernie, Earl, Walton, Wynn, Dale, Doyle, Daryl, Dan - all of us."
Trevor: "Start writing those names on tombstones, 'cause I'm on the way to your lab and we're going to see how much of a family meth business you got when I'm done!"
― Trevor Philips threatens Elwood O'Neil after discovering he and his brothers took the Triad contract from him

Crystal Maze is a mission in Grand Theft Auto V that protagonist Trevor Philips does independently at the Yellow Jack Inn in Sandy Shores, San Andreas.

Trevor arrives at the Yellow Jack Inn and confronts Tao and his interpreter. When they mention they want to pursue other jobs, Trevor threatens them to get them to tell him who they are working with, the O'Neil brothers. Trevor, now furious, proceeds to the O'Neil ranch, calling to threaten Elwood O'Neil on the way there. Upon arrival, Trevor begins a heavy assault against the guards and goes to the basement where the O'Neil's meth lab is located. Trevor then picks up a Jerry can and pours a trail of petrol outside and all through the house, he ignites the trail, causing the house to explode in a blazing inferno. Trevor then proceeds to leave the area.

"Police in Blaine County are requesting increased resources from the state to deal with the latest outbreak of drug-related violence. The highly lucrative crystal methamphetamine trade seems to be headquartered in the towns around the Alamo Sea, while it is also believed several Mexican cartels also have a presence in the area. Police have attributed several recent massacres to an on-going turf war thought to involve four or five gangs from Los Santos and two or more local operations. Some recent shootouts have been so bloody, some local politicians are calling for increased firepower and have requested either military or paramilitary support to control recent events. Don Percival, CEO of Merryweather has offered his company's services."

Trevor talking with the Mr. Cheng.

Trevor heading to the O'Neil farm.

Trevor sneaking around the farmhouse.

Trevor laying a trail of gasoline.

Trevor walking away from the exploding farmhouse. 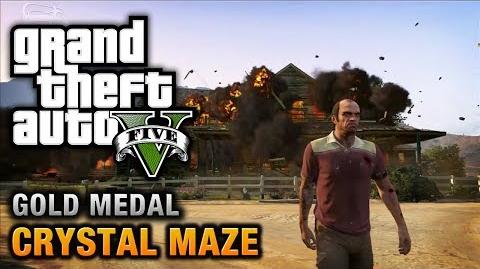 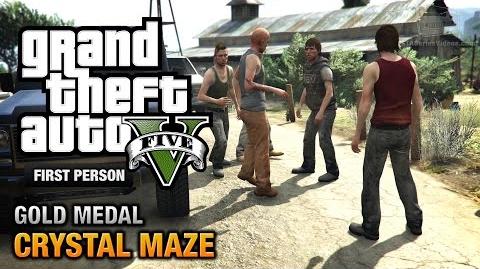 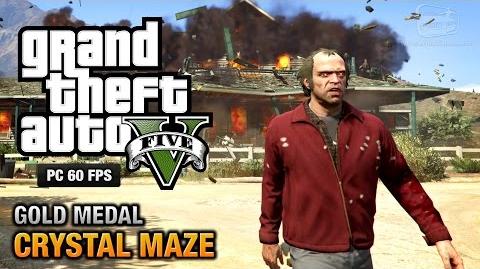