The Divine Truth
Cris With No H

Fred Melamed
“I am everywhere, all at once.”
— Cris Formage in Exercising the Truth

He is the founder and leader of the Epsilon Program, a cult based in Grand Cayman, Cayman Islands, in both universes.

In 1992, he was interviewed by Lazlow Jones on the West Coast Talk Radio show Entertaining America. On the show, he denies that the Epsilon Program is a cult, describing it as "a fellowship of like-minded adults who tithe money in exchange for salvation and merit badges". He also claims to have formed out of two eggs laid by twins on the day of the interview. He also has a rivalry with Darius Fontaine, calling him the devil. At the end of the interview, Lazlow describes Formage as an "alcoholic turned self-deifying cultist".

In Grand Theft Auto Online, Formage visits the player after their first death and breaks the fourth wall to inform them on the ways of passive observation so that they can play GTA Online and not be killed by other players. Humorously, this cutscene all but confirms that Formage actually is a god, and everything about the Epsilon Program is true.

The speech towards female protagonists is somewhat sexually suggestive.

“Welcome, brother, brother.
Welcome.
You see? They said I was a charlatan.
A fraud, a nothing, but I am a miracle.
Look and behold in wonder.
And ask yourself, what does mighty Cris Formage, leader of the Epsilon Program, do with his enormous... power?
Why, he uses it to watch people, of course.
Join me any time you like, in watching.
They never find out and they can't harm you.
It is the greatest pleasure on earth.
And trust me... I have lain with a multitude of women.

”
— Male version
“Welcome, sister, sister.
Welcome.
You see? They said I was a charlatan.
A fraud, a nothing... but I am a miracle.
Look and behold in wonder.
And ask yourself, what does mighty Cris Formage, leader of the Epsilon Program, do with his enormous...

(pauses) power?
Why, he uses it to watch people, of course.
In an entirely appropriate way.
Join me any time you like, in watching.
They never find out and they can't harm you.
It is the greatest pleasure on earth.
And trust me... I know too much about pleasure.”
— Female version
Select Passive Mode from either the Pause Menu or the Interaction Menu to stop other players attacking you when on foot and not on a Job. You also won't be able to attack other players when on foot.

In the Import/Export update, Cris Formage can purchase a collection comprising of a Banshee 900R, a Stirling GT, a Seven-70 and a Turismo R from the GTA Online Protagonist.

Cris Formage and the Epsilon Program are mentioned in Grand Theft Auto V on the radio where it is said that a court ruled that Cris and his program are no longer recognized as a religion by the United States and are no longer exempt from taxation. Cris is then mentioned to be crying on the steps of the court house after the hearing.

Later on, after Michael De Santa has completed several missions in The Truth series of missions, Cris calls Michael during Exercising the Truth and tells him he's very interested in his progress. After completing Exercising the Truth, Cris Formage personally calls for Michael to the Epsilon Program Center. If Michael chooses to steal the money, Cris will call Michael, berating and threatening him for betraying him but is not seen again in the game.

“You fucking traitor! After all we've done for you! You can consider your enlightenment revoked, you son of a bitch! Don't you realize how powerful I am? I make or break Vinewood careers! I will destroy you! You're Unsaveable! You'll be the fertilizer of the 10th Paradigm!”
— Cris to Michael after he steals the money at the end of The Truth series

After completion of The Truth missions, a slideshow can be seen at the Epsilon Building which displays a book, We All Came From The Same Tree written by Cris Formage.

Cris Formage in the mission Unknowing the Truth. 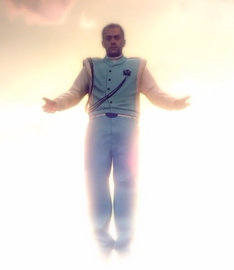 Cris Formage after the player's first death in GTA Online. 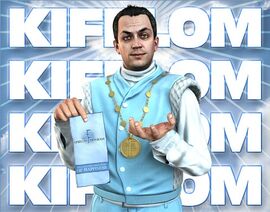 Cris seen in the in-game website of Epsilon Program.