• ­Protect Kenny's merchandise and take out the Spanish Lords.

Kenny: "Funny time to be cracking jokes, you little snot. You enraged the Spanish Lords and now they're coming to try to destroy me!"
Huang: "Yes - and it wasn't like you told me to attack them or anything, was it?"
―Spanish Lords are on the warpath against Kenny Lee

Copter Carnage is a mission given to protagonist Huang Lee by his uncle, Wu Lee in Grand Theft Auto: Chinatown Wars.

After Huang has successfully defended the store from those Spanish Lords, they have gotten annoyed and are looking for revenge. Uncle Kenny says that they are targeting his merchandise trucks. Huang needs to defend them.

Huang receives Kenny's order and the mission starts. Four trucks are parked outside and they are needed to be defended from the Spanish Lords. Six waves of Spanish Lords attack, two from the ally, two from the street, and two from besides the building. When they arrive and get out of the car they can be easily taken out with a single Molotov. Don't bother shooting at the chopper flying overhead, as it cannot be destroyed at this time by any means. Finish any survivors with Huang's weapons.

After all the enemies are dead, the player must follow the copter back to the Spanish Lords warehouse. A fast but durable car is recommended for this. Head over the East Borough Bridge. Ignore the road block and crash through the toll gates and keep driving to avoid more Spanish Lords. Watch out for more roadblocks on the highway and keep plowing through. Keep trailing it until arriving in Bohan. Eventually the helicopter lands at the warehouse, and the mission ends. Beware of the first two who appear from the alley after the cutscene. If possible, start with full body armor. If using WMD such as the minigun or assault rifle etc., beware the explosion.

If the armor or health is paving low, don't just stay and shoot, get a pickup armor in the compound. Try to get a car from the bridge, don't use a car from the compound because they are in very bad condition. When crossing the toll gate, rush past it instead of waiting to pay a fee. Also do some drive-bys when crossing to give the car less impact, ignore the police that also tries to block the player's way.

The reward for this mission is $400. The next mission; Kenny Strikes Back, is also unlocked.

"The Spanish Lords hit us again. I guess some idiots never learn. Speaking of which...

Uncle Kenny's convinced they're behind all the shit that's coming down on him.

And maybe they are, but then again maybe they're just pissed off that we keep hitting them." 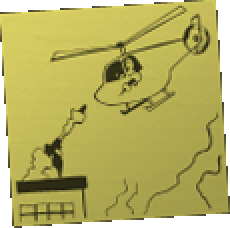 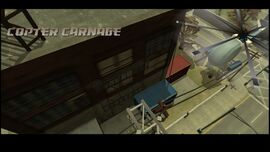 The Spanish Lords finds out where Kenny's compound is located and go there by helicopter. 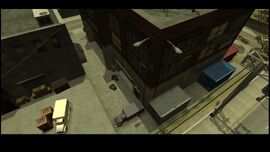 Huang meeting his uncle in the warehouse. 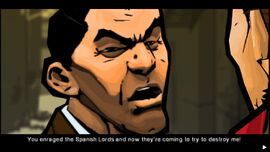 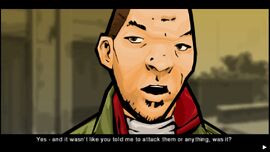 Huang reminding Kenny that it was he who told him to attack the Spanish Lords. 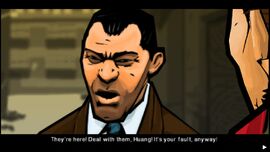 Kenny notices the Spanish Lords arriving at the compound and tells Huang to deal with them. 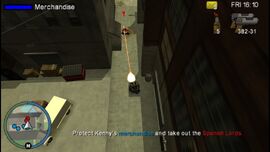 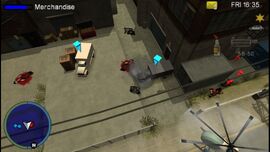 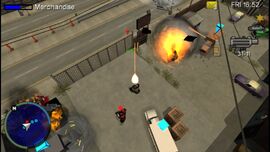 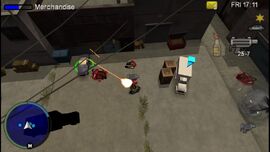 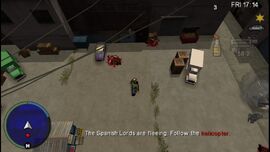 The helicopter flees and Huang needs to get a car and follow him. 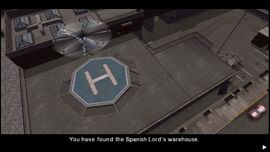 The helicopter arriving at the Spanish Lord's warehouse. 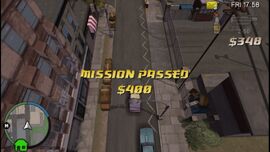 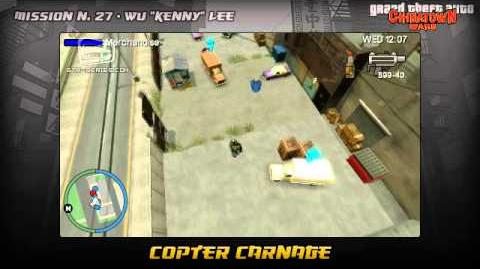 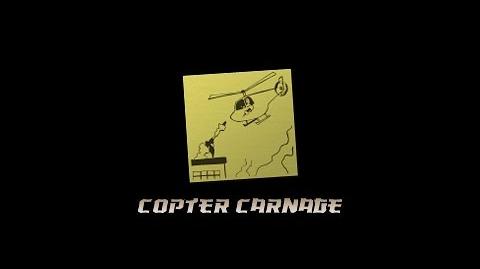 Retrieved from "https://gta.fandom.com/wiki/Copter_Carnage?oldid=1321121"
Community content is available under CC-BY-SA unless otherwise noted.