View source
watch 02:46
The Quarry - The Loop
Do you like this video?
Play Sound
For the Title Update in Grand Theft Auto Online, see GTA Online: The Contract.
Not to be confused with The Contract: Dr. Dre or Security Contracts.

In-game time
“We put the jobs on the wall, you pick one, we hit it. With the right plan, the right car, and the right motherfucker behind the wheel, everything and anything's possible.”
— Moodymann after completing Setup: Impounded Car

Contracts, also known as Auto Shop Robberies or Robbery Contracts[1], are a series of missions with Heist-style setups, featured in Grand Theft Auto Online as part of the Los Santos Tuners update.

After purchasing an Auto Shop and completing Setup: Impounded Car, there will be up to three contracts available at a time at the Job Board outside the office in the Auto Shop.

Players must be registered as a SecuroServ VIP, an Organization CEO or a MC President in any Free Mode lobby type in order to use the Job Board. Once a Contract is selected, Sessanta will provide a synopsis and two Free Mode Planning Work missions will need to be completed before the finale mission. Players can call Sessanta at any time to cancel the current active contract.

There are eight contracts, with six initially available and two more being subsequently released. Three at a time are randomly rotated on the Job Board and KDJ will regularly advise that the board has been updated.

Similar to the Casino Heist and the Cayo Perico Heist finale, players are limited with a specific weapon loadout. There are three loadouts the player can choose:

Only vehicles featured in the same update are allowed for use during the mission. Sessanta's Tailgater S can be selected by the VIP/CEO/MC President in case they do not have one, and crew members can choose a custom Tailgater S if they do not have a suitable vehicle either. Attempting to call in a personal vehicle, which is not part of the update, through the mechanic will simply be rejected, and the player must choose an applicable vehicle. Personal aircraft are rejected as well, and the cooldown timer is still applied.

Your increased LS Car Meet reputation has earned you the ability to call in other car meet members for help during the final mission of any Auto Shop contract job. This can be accessed via the LS Car Meet Support section of the Interaction Menu while on the job.
“hey babe, dont forget, you roll with us you get perks. if you get into trouble with that work youre pulling with Sessanta, you know the LSCM will help you out. just give us a call. mimi x”
— LS Car Meet

"Contract Abilities" are additional help options that can be used to assist in a Contract. They are first unlocked by increasing the player's Car Meet Reputation from the LS Car Meet to level 10, after which the player will receive a text from Mimi offering Contract assistance from herself and other LSCM patrons. There are 4 total Abilities that can be unlocked, each costing $5000 to use:

Unlocked at Level 10. Spawns an Auto Repair Mule on the map (marked with a wrench icon) that the player can park next to for a short amount of time to repair their vehicle, similar to the pit lane in an Open Wheel Race. 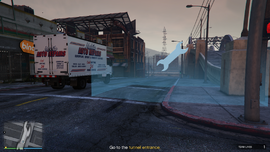 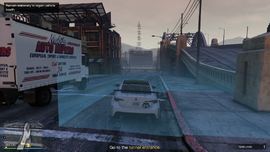 Unlocked at Level 15. Spawns an NPC-controlled Banshee that will attract attention from police, similar to the Gunman Decoy from The Diamond Casino Heist. 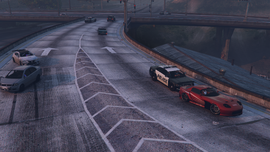 Diversion attacting police away from the player. 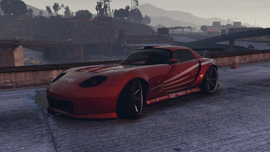 Unlocked at level 25. Spawns two Sultan RSs on either side of an upcoming road, with two armed NPCs hiding behind them. The NPCs will attempt to shoot any passing police vehicles. 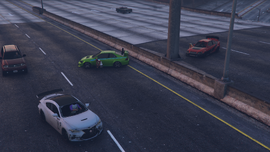 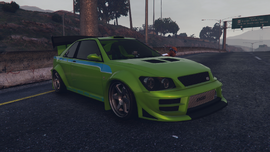 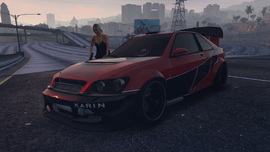 Unlocked at level 30. Spawns an NPC-controlled Banshee similar to Diversion, this time adding an armed passenger that will attack police. If the player stops in place, the armed passenger will leave the Banshee and enter the player's vehicle, and will continue to defend from the passenger seat. 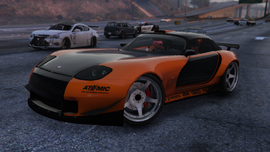 The Wingman's Banshee, with the passenger shooting at police. 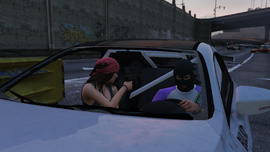 The passenger defending the player in their own vehicle. 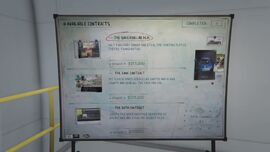