View source
watch 02:56
Raise a Floppa - The Loop
Do you like this video?
Play Sound
For the mission in Grand Theft Auto Online, see Cleaning the Cat House.

Phil Cassidy telling Victor Vance about his problems with the Cholos, who have taken control of his home in Viceport

In-game time
“I know a guy who can sell us all the guns we need...which is, trust me, quite a lot.”
— Jerry Martinez

Cleaning House is a mission in Grand Theft Auto: Vice City Stories given to protagonist Victor Vance by army sergeant Jerry Martinez from his office in the Fort Baxter Air Base in Vice City.

Victor Vance meets Sergeant Jerry Martinez, nervous that the drugs he is stashing for Martinez will be found. Martinez calms Victor down and asks him whether he has a problem with guns morally. Victor, despite being nervous, agrees to run another errand for Martinez; who uses Victor's sick brother as bait.

Victor drives over to Phil's Depot in Viceport and asks for Martinez's money. Phil tells Victor that he has not got the money on him and takes him to where the money is being kept. Phil informs Victor that the place, 101 Bayshore Avenue, has been taken over by the Cholo street gang and they evicted him. Victor says he will get the money and Phil leaves.

Victor kills the Cholo gang members outside the house before entering the building and killing the two gang members inside. After collecting the cash from under the floorboards, Victor returns the money to Martinez in the Fort Baxter military base.

Aunt Enid: Don't get into any trouble Victor. We're counting on you... Lance says hi.

The reward for completing the mission is $100 and the unlocking of Conduct Unbecoming. Phil's Depot Shooting Range becomes available to complete.

The Cholos outside Phil Cassidy's home in Viceport.

Victor Vance about to attack the Cholos outside the house. 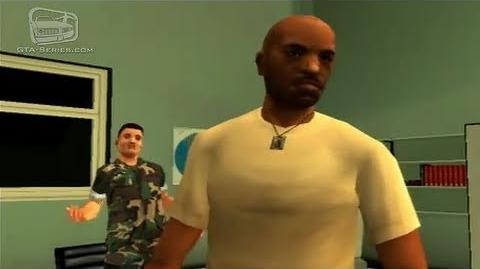