“Yo, it's that rat cop McReary. Ain't it? He don't like a younger brother with ambition. Tell you what, I'll reform. I'll get out the game. Get a GED or some shit. Make something of my life. McReary going to think I'm dead. Word. Come on, boss. Don't kill me, boss. I'm too young to die. Please. Please.”
— Clarence begging Niko to spare his life, in Holland Nights.

Clarence was arrested three times by the LCPD; in 1999 for intenting to sell drugs, in 2005 for promoting prostitution, and most recently in 2007 for burglary.

Clarence: "Yo, yo, yo. Man, you got me, chill. I surrender. You wouldn't kill an unarmed man, would you?"
Niko: "This isn't my choice. The police want you dead."
Clarence: "Yo, it's that rat cop McReary, ain't it? He don't like a younger brother with ambition. Tell you what, I'll reform. I'll get out the game. Get a GED or some shit. Make something of my life. McReary is going to think I dead, word. Come on, boss. Don't kill me, boss. I'm too young to die!"
—Clarence being threatened by Niko.

Francis McReary orders Niko Bellic to kill Clarence, as he lacks any evidence to either arrest or assault him, and because Clarence threatens to expose McReary's corruption. Niko agrees to kill Clarence, but only for $5000.

Niko arrives at East Holland, where Clarence and his gang are located. Clarence's men notice him and attack him, only to be shot dead by Niko. Upon seeing Niko, Clarence runs away, being chased by him, and kills all of Clarence's goons in the process.

Niko eventually corners Clarence on the rooftop of his apartment complex. Clarence drops his pistol and pleads for his life, promising to quit his life of crime. At this point, Niko has the choice of either sparing Clarence, letting him escape, or killing him with a shot to the face.

Either choice, Clarence's right-hand man threatens to expose McReary's involvement in the gang's massacre by Niko. Under Francis' orders, Niko kills him. As the mission can be approached in multiple different ways, Clarence can either be assassinated with a sniper rifle, executed with a pistol, simply shot with any other firearm, or killed in his own car's explosion. 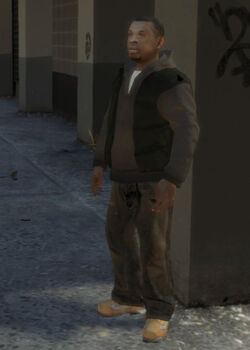 NOTE: This random encounter is only available if the player spared Clarence in the mission Holland Nights.

Niko: "Come on, man. Don't be a dick."
Clarence: "I may be a dick, but you's a bitch!"
―Clarence before attempting to kill Niko.

As it turns out, Clarence has been bitter over being threatened at gunpoint as well as begging for his life, and seeks revenge on Niko. Encountering Niko at East Holland, Clarence pulls his pistol, saying that he won't let anybody "make [him] beg anymore", and attempts to kill Niko.

Niko takes cover and pulls out his weapon, he can shoot Clarence dead and end his criminal activities for good, or can take him down another way, such as using his fists.

NOTES
- Head of a Heroin and Crack Cocaine distribution operation.


- Controls at least one Project Housing block in East Holland. 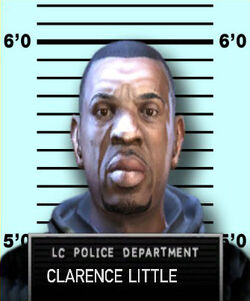 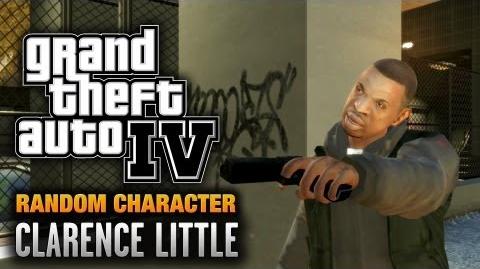 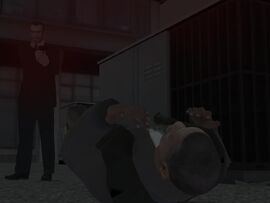 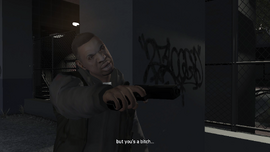