Dead Skunk in the Trunk
Taking Out The Laundry

Joey Leone: "Oh! Here's the guy I was telling you about! Alright Listen. This guy ain't Italian and he's no mechanic but he can get things fixed. This is Pops Capo, Toni Cipriani."
Toni Cipriani: "Yeah, I'm Toni Cipriani"
Joey Leone: "Take him to Momma's restaurant at St Marks, alright."
—Joey Leone introduces Claude to Toni Cipriani.

Cipriani's Chauffeur is a mission in Grand Theft Auto III given to protagonist Claude by Joey Leone from his garage in the Trenton district of Portland, Liberty City.

Claude stops by Joey's Garage looking for more work, and Joey introduces him to Toni Cipriani, the caporegime of the Leone Family, who's car Joey is fixing. Joey tells Claude to drive Toni back home and to come back later for more work. However, Toni asks Claude to instead drive to Chinatown to collect unpaid protection money from Mr. Wong's Laundrette. Claude drives Toni to the laundrette with Toni entering and quickly exiting the laundrette as two Triads begin to shoot towards him. Toni gets back into his car and Claude drives him to his home in Saint Mark's, where Toni tells Claude to come back for more work.

The reward for completing the mission is $3,000 also with a bonus earning of $2000 if Claude kills the four Triads that are hostile to Claude and Toni. A video of this can be seen here. And unlocking the Uzi from Ammu-Nation, at a cost of $800. Completing the mission also unlocks the Dead Skunk in the Trunk mission for Joey Leone and the Taking Out the Laundry mission for Toni Cipriani. Also, the Mafia Sentinel can be kept.

In The Definitive Edition, the player unlocks the "Got Any Stories, Old Man?" achievement/trophy. 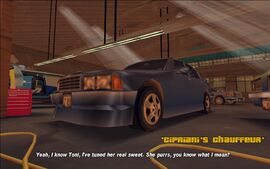 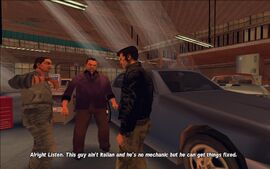 Joey introduces Claude to Toni as a man who can get jobs done. 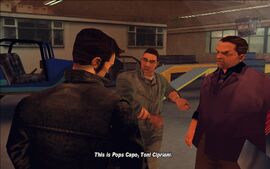 Joey introduces Toni Cipriani, the caporegime of the Leone Crime Family to Claude. 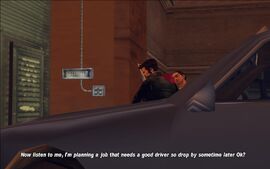 Joey asks Claude to drive Toni, but before Claude goes, Joey tells him to come back later, as Joey may have some job for Claude. 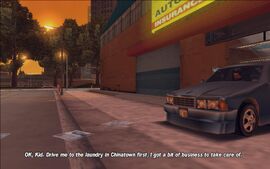 Toni asks Claude to drive him to the laundry in Chinatown, so that Toni could collect protection money. 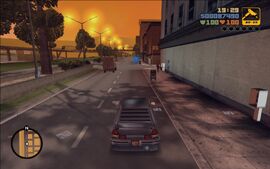 Claude and Toni nearing the laundry. 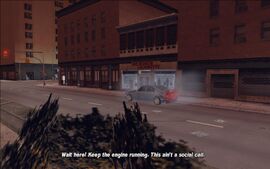 Toni tells Claude to keep the engine running, as they may have to make a quick getaway. 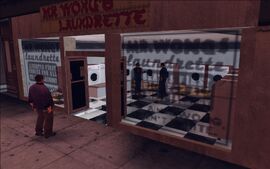 Toni walks into the laundry, where he finds two triad members talking. 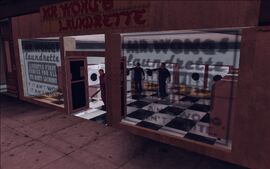 Shortly after, the two triad members start shooting at Toni, who runs back to the car. 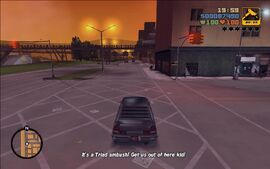 Toni tells Claude that there was a triad ambush in the laundry, and tells Claude to drive him to get them out of there and to Momma's Restaurante. 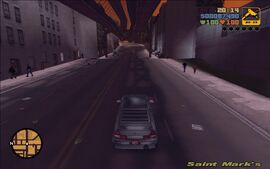 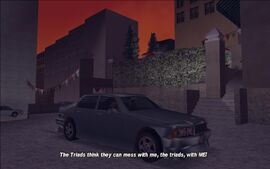 Toni is shocked at how the triads dare to challenge him and gets angry. 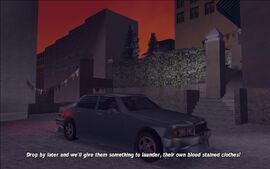 Toni tells Claude to come back later, as Toni may have some work for Claude. 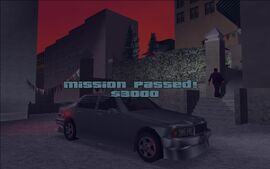 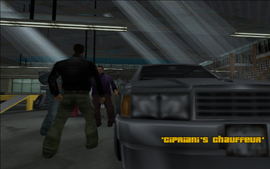