Essentially an ethnic enclave in the city, Chinatown's design is a juxtaposition of American and oriental designs, with a mixture of conventional American urban design, and extensive usage of Far Eastern architecture (such as the Raffles Fish Factory) and language on signage and banners. Many of its pedestrians are also depicted with oriental heritage.

Chinatown is based on Chinatown, Brooklyn an area of Sunset Park, Brooklyn. The centerpiece of the district includes pedestrian-only walkways (adorned by two "Chinatown" arches) that features a sheltered marketplace. In addition to urban areas, a basketball court and a "school hall" may also be found to the south, as well as a Punk Noodles diner to the northeast, a small park towards the south, and a waterfront promenade overlooking Staunton Island to the west.

Chinatown is also one of three locations in Portland served by the Portland El train service, the train station (dubbed the "Kurowski Station" in GTA Liberty City Stories) being situated on the northwestern end of Chinatown, over the promenade.

By 2001, Chinatown is almost completely under Triad control (although the Leones still have businesses there), precipitating to an all out gang war for dominance in Portland, which the Leones win, following the deaths of three Triad warlords and the destruction of their factory in Callahan Point. However, the Triads still roam the streets of Chinatown, despite the fact that they were defeated by the Leones.

In 2000, the area is still under heavy Triad control.

In GTA Liberty City Stories, the north side of Chinatown it is entirely under the control of the Leones until 1998, when the Sindacco Family decides to further its influence in Liberty City by encroaching on Leone turf; the Sindaccos begin dealing drugs in Chinatown after being run out of Portland by the Leone Caporegime, Toni Cipriani. This attempted take-over includes the Red Light District and Hepburn Heights, both of which would fall under complete Leone control by the end of GTA Liberty City Stories. However, the Triads, backed by the Sicilian Mafia, also have a large stake in Chinatown.

The fish market in GTA III.

A Chinatown street as viewed to the north, GTA III.

Toni Cipriani driving around in Chinatown

Artwork of Chinatown in GTA Advance. 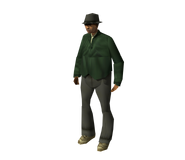 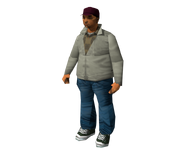 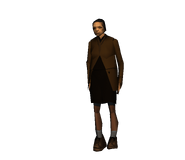 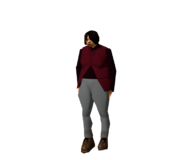 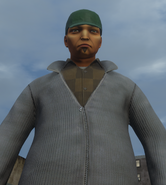