The factory is owned by Maude Hanson and is used as a front for drug distribution, until 1986, when Tommy Vercetti purchases it from her after gaining some influence in the city. Tommy bought the factory believing it to be a legitimate ice cream business, but after learning of its true purpose from Maude, continues to distribute drugs throughout the city from the company's ice cream vans.

The factory is present in Grand Theft Auto: Vice City Stories (set two years earlier in 1984) but is inaccessible and plays no role in the storyline. The two ice cream scoops on the roof of the building are absent.

The modest office hidden behind a wall in the factory's storage room. 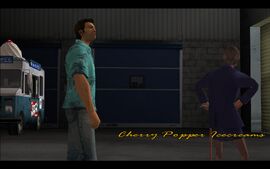 Tommy walks around and checks out the ice cream factory he just bought, as he finds an old lady standing in the storage room. 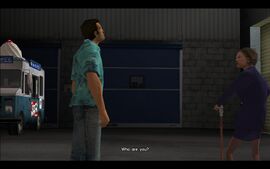 The lady notices Tommy and hastily asks Tommy who he is. 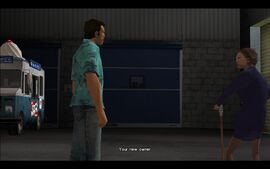 Tommy reveals that he's the new owner of the factory. 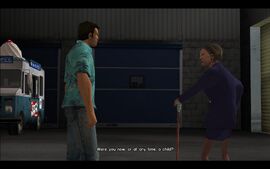 After taking a closer look at Tommy, the lady asks him if he is, or at any point was, a child. 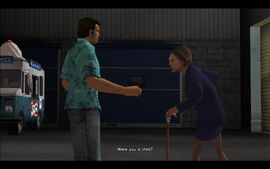 Tommy is confused by this question, but the lady asks him again, repeating the question by shouting at Tommy. 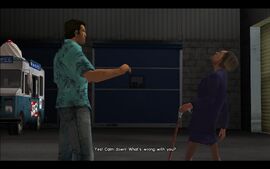 Tommy, still confused, answers positively and asks the lady if she has any problems. 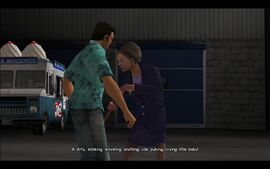 The lady takes offence at this and goes on a rant about how much she dislikes children. 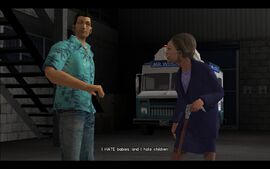 After she finishes her rant, she tells Tommy that she hates children and babies. 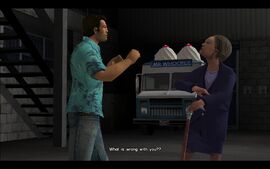 Tommy is even more confused now and asks the lady what's wrong with her. 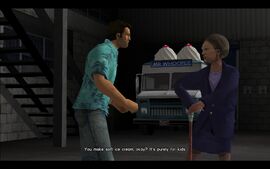 He asks her why she makes soft ice-cream that is targeted at children, if she hates them so much. 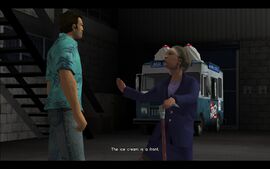 The lady responds to Tommy's question by saying that the ice cream is but a front. 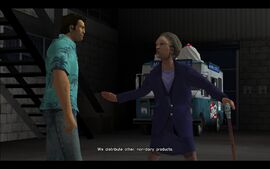 The lady says that as well as selling ice cream, the factory also distributes other, "non-dairy", products. 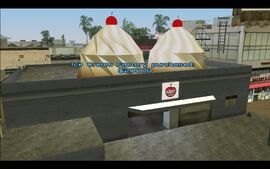 The factory is now under Tommy's control.