Actions are a feature first introduced in the original release of Grand Theft Auto Online for the Online Player, and extended to Grand Theft Auto V in Snapmatic selfie mode for the three Protagonists in the enhanced version.

Hand and arm actions can be done before and after races, deathmatches, Last Team Standings and VS Missions. They are also featured in Free Mode, where they can be performed at any time whilst on foot with a subset of actions that can also be performed while in a car (it's impossible to do so on a in a boat or airplane and only the finger can be done on a bike). These actions are also featured in Director Mode; however, some actions like the ones that use consumables and paired actions are unavailable to be performed by the actor.

All actions can be changed in the Interaction Menu or the options section of the Pause Menu.

Actions are performed by pressing L3 and R3 simultaneously. Holding the press or a double-press will invoke extended animation sequences of the action.

Pointing animations have been added in the Heists Update to allow players to give basic directions if they do not have microphones. This can be done by double pressing R3, but only with the online character.

I'm Not a Hipster Update

Actions with an asterisk "*" are unavailable in vehicles, while actions with two "**" are only available in them. Action that use consumables (smoking, eating and drinking) require the player to have the respective product in their inventory.

In the Xbox One, PlayStation 4, and PC versions of the game there are five different walking styles that can be set by the online player. 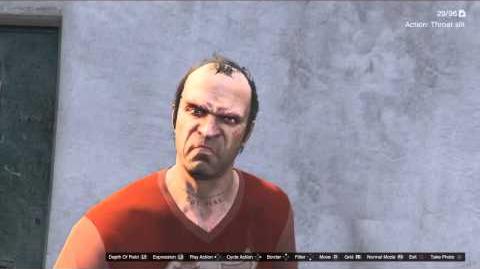 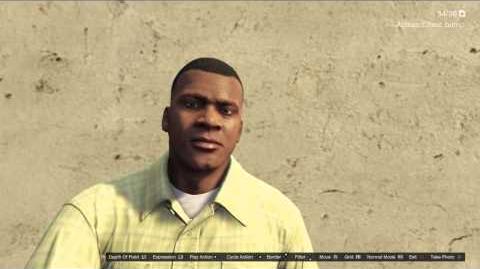 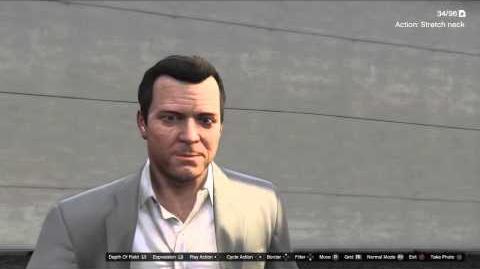 Several of the actions have negative and positive gameplay effects:

Jazzhands while in a vehicle
Community content is available under CC-BY-SA unless otherwise noted.
Advertisement