View source
watch 02:52
Roblox: DeepWoken - The Loop
Do you like this video?
Play Sound
For the deleted mission with a similar name from Grand Theft Auto: Vice City, see Chaperone....

In-game time
“Me an' the fellas need to talk business so you're gonna look after my girl for the evening.”
— Salvatore Leone

Chaperone is a mission in Grand Theft Auto III given to protagonist Claude by the Leone Family Don, Salvatore Leone from his mansion in the Saint Mark's district of Portland, Liberty City.

Salvatore and 'the fellas' are going to discuss business and he wants Claude to look after his wife, Maria Latore. Using the same black Stretch driven in "Salvatore's Called a Meeting", Maria asks Claude to drive her to her drug dealer, Chico, who is at the Kurowski Station at the Chinatown waterfront. Claude complies and whilst she is talking to Chico, he tells her of a party taking place in a warehouse in Atlantic Quays. Maria has Claude drive her to the party, which is raided by the Liberty City Police Department. Maria manages to get back into the car driven by Claude, who drives her back to Salvatore's Gentlemen's Club.

The reward for completing the mission is $10,000 and the missions Cutting the Grass for Salvatore Leone and Triads and Tribulations for Toni Cipriani are unlocked. Any incomplete missions for Luigi Goterelli and Joey Leone also become available again. 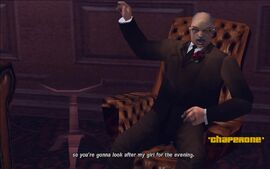 Claude arrives at Salvatore's Gentlemen's Club in Saint Mark's for a job. After he arrives, Salvatore asks Claude to chaperone his wife, Maria Latore, while Salvatore has a meeting with his associates. 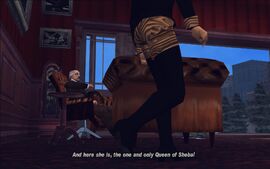 After several calls by Salvatore, Maria finally comes out of her room and joins Claude and Salvatore in the main room. 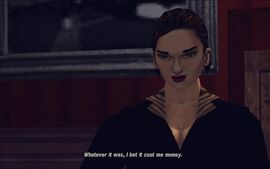 Once she comes out she is immediately insulted by Salvatore, who talks about her doing nothing but costing him money. 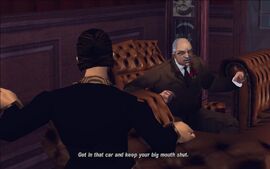 After Maria talks back, Salvatore tells her to go, get in the car and stay silent. 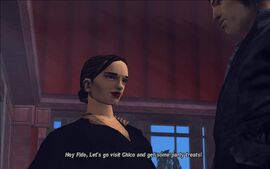 Maria asks Claude to take her to her drug dealer, Chico. 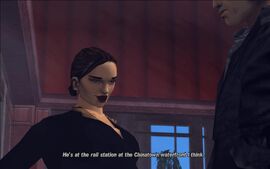 Maria notifies Claude of Chico's location at the rail station at the Chinatown waterfront. 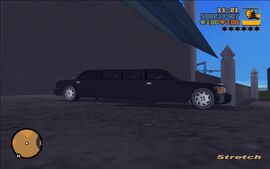 Claude driving the unique black limo out of the garage. 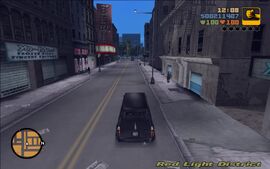 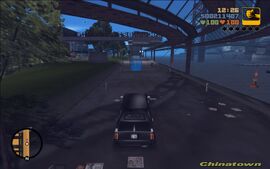 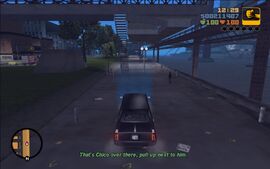 Claude is to pull up, so Maria can get out and talk to Chico. 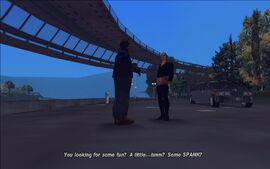 After saying hello to Maria, Chico offers her SPANK, a new drug, which she refuses and instead goes for the usual drugs she buys. 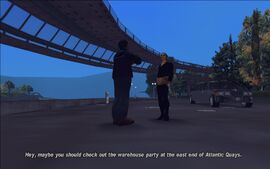 After selling drugs to Maria, Chico tells her of a party going on at a club in Atlantic Quays 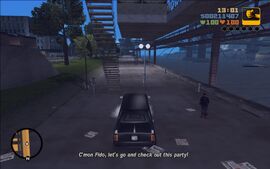 After getting back into the limo, Maria asks Claude to drive her to the party in Atlantic Quays. 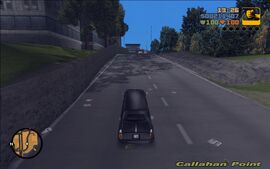 Claude driving Maria to the party. 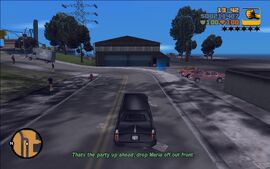 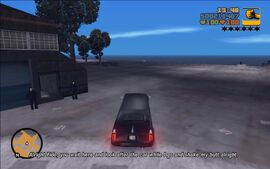 Maria asks Claude to wait outside in the limo while she goes and parties. 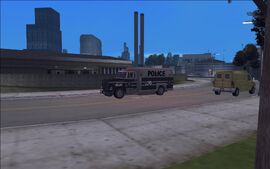 Shortly after Maria arrives at the party, a LCPD truck speeds to the party's location for a raid. 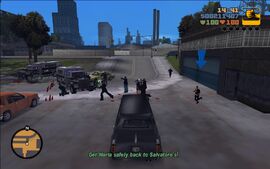 After a shootout between the police and the party's security, people start escaping from the club, including Maria. 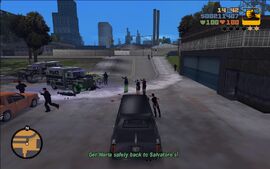 Claude is to bring Maria back safely to Salvatore's Gentlemen's Club. 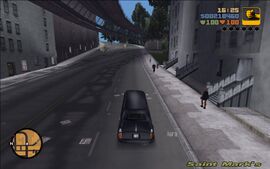 After losing the cops, Claude drives Maria back the Gentlemen's Club. 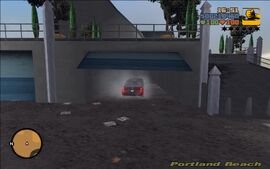 Claude parking the black limo in the garage. 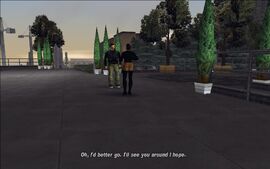 After Maria and Claude get out of the garage, Maria thanks Claude for treating her good and says she hopes to see him again. 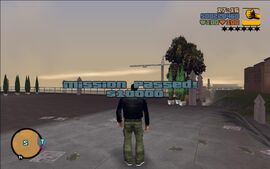 Claude parking up to Chico in Chinatown.

Claude dropping Maria off at the warehouse.

Claude bringing Maria back to the club.