Channel X's playlist consists primarily of punk rock from the 1970s and early 1980s. The station initially focused exclusively on Los Angeles-based acts, but the enhanced version also features some acts from Texas and Canada. It is hosted by seasoned punk veteran Keith Morris, current lead singer in Off! who previously sang for Black Flag and Circle Jerks. Keith often punctuates songs with tales of his younger days and bitter quips about modern society.

Channel X is likely based on SiriusXM channel Faction, although its name and frequency may be a tribute to 91X, an alternative rock station in Baja California known for being among the first radio stations to play punk rock.

It is one of the preferred stations of Trevor Philips, the Rednecks, and the Blaine County chapter of The Lost MC.

GTA V's trackID.gxt2 database, found on the PS3 and Xbox 360, reveals more songs were planned to appear on the station but were not included in the final version.

Alongside the trackID.gtx2 database, more songs were found in a early build of GTA V on a dev PlayStation 3.[7]

Additionally, introductions for four unknown songs, one by D.O.A, one by Youth Brigade, one by The Plugz, and one by White Pride off their 1983 album "Your Loss Is Our Gain", were discovered. Nothing outside of the artists performing the songs is known. 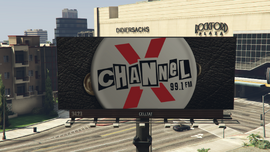 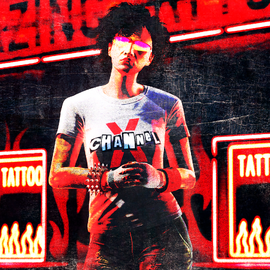