KING OF THE HILL

• ­Cash and RP vary depending on time spent.

"Chamberlain Hills is so edgy even the hipsters are too scared to gentrify it. There's only one way to stimulate a housing market this sluggish: a little artificial competition."
―Description

Chamberlain Hills is a King of the Hill job featured in Grand Theft Auto Online as part of the continuation of the The Diamond Casino & Resort update, released on October 10, 2019, during the Jugular Week event.

The mission takes place in Chamberlain Hills. Players battle to take control of three hills, which are located around the map and have various props placed near them.

Hill A is located on the far west side of the map; boxes, sandbags, and other props are placed inside the checkpoint. Hill B is located in the yard of one of the buildings. As it is already enclosed by the building, there are only two wooden boxes placed for protection. Hill C is located in the middle of two basketball fields on the north side of the area. This checkpoint is the most open, as there are only a few vehicles parked in the vicinity with no other props.

There are three armour pickups and three health packs scattered on the map, as well as 37 weapons pickups. The available weapons are:

There are also 32 vehicles located around the map, which can be driven. As the mission takes place in a neighbourhood that is known for its gang presence, the vehicles are gangster-themed. The vehicles available are: 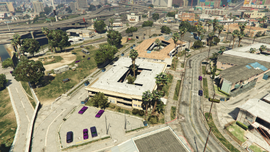 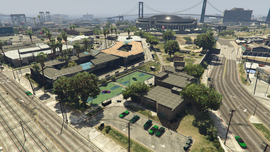 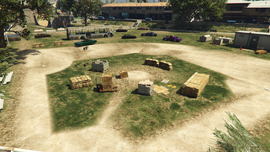 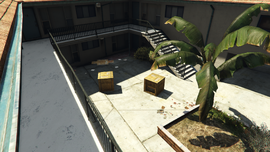 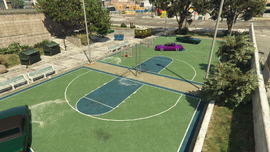 Retrieved from "https://gta.fandom.com/wiki/Chamberlain_Hills_(King_of_the_Hill)?oldid=1190260"
Community content is available under CC-BY-SA unless otherwise noted.