Caught in the Act

View source
watch 02:34
Fire Emblem Warriors: Three Hopes - The Loop
Do you like this video?
Play Sound
Not to be confused with Caught as an Act, a mission in GTA Vice City Stories.

Caught In The Act

The secret service boats chasing Toni and Salvatore for kidnapping the Mayor's Assistant.

In-game time
“We're going to have a little chat with the mayor's assistant about Franco Forelli.”
— Salvatore Leone

Caught in the Act is a mission in Grand Theft Auto: Liberty City Stories given to protagonist Toni Cipriani by Salvatore Leone from a jetty in the Rockford district of Staunton Island, Liberty City.

Salvatore Leone: Toni, Sal. Listen, head over to the public phone booth in Torrington. I need to talk. On the way, I want you see an associate of mine in Aspatria. He's gonna help us pile on pressure on the Sindaccos and Forellis.

The reward for completing the mission is $2,000 and unlocks the mission Search and Rescue for Salvatore Leone and Sayonara Sindaccos for Leon McAffrey.

Toni meets Salvatore on a pier with him being in a Speeder.

Sal tells Toni that they're gonna have a talk with the Mayor's assistant about Franco Forelli.

Toni gets on the mayor's assistant's boat.

Toni persuades the victim to come with him.

Sal is worried that the secret service might be watching.

The victim is in the back of the boat, tied up.

Secret service gunmen have been indeed watching them.

Toni shoots at gunmen on the jetty.

A cool explosion kills the gunmen around.

Sal persuades the mayor's assistant to spill the beans about the Forellis in his special way.

Apparently the Sicilian Mafia controls Franco and the forellis.

In order to take over the city. 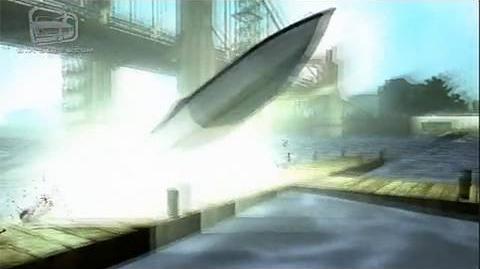 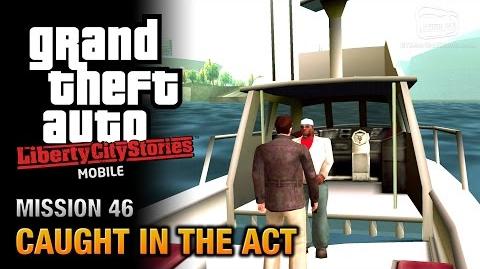