Toni Cipriani confronting Kazuki Kasen at the top of his casino

A Date with Death

Cash in Kazuki's Chips is the final mission in Grand Theft Auto: Liberty City Stories given to protagonist Toni Cipriani by Toshiko Kasen, the wife of Yakuza leader Kazuki Kasen, from her apartment in Torrington, Staunton Island, Liberty City.

Toshiko informs Toni that now Kazuki knows of their actions and that he is coming to kill both of them. Toni decides to kill Kazuki before he arrives and goes to a compound in Belleville Park, where he is ambushed by Yakuza gang members coming from the compound and from Yakuza Stingers. Toni manages to escape, killing them all, but Kazuki escapes in a helicopter, flying to his casino in Torrington. Toni follows him and kills the Yakuza men guarding the casino.

Kazuki Kasen: "My men dishonor me... but it is fitting that I kill you myself. You two! Leave us! I am going to enjoy thrusting my sword into you."
Toni Cipriani: "Yeah, I heard that about you."
—Toni Cipriani about to duel Kazuki Kasen

On the roof of the casino, Kazuki challenges Toni to a sword fight, which Toni wins, even when Kazuki reneges on the agreement and has his bodyguards join in to shoot Toni dead. Toni returns to Toshiko's apartment, where a distraught Toshiko realizes what she has done. Wanting to be truly free, she commits suicide by falling out of her apartment window, landing on a car below.

The reward for completing the mission is $4,000 and, if the player has also completed No Money, Mo' Problems, the mission Bringing the House Down is unlocked. 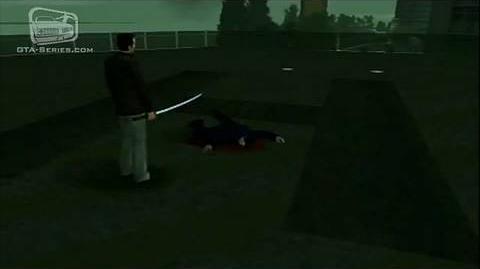 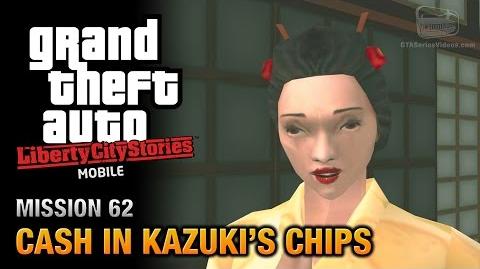