View source
watch 02:23
Wiki Targeted (Games)
Do you like this video?
Play Sound
This article is about the mission in Grand Theft Auto V, for the helicopter, see Cargobob.

In-game time
Cargobob is a heist setup in Grand Theft Auto V which Trevor Philips performs independently. The mission is only unlocked if the player chooses the Offshore approach for The Merryweather Heist.

Trevor, Franklin and Michael need a Cargobob to carry the submarine for The Merryweather Heist (offshore). The player needs to get inside the Fort Zancudo air base and steal the Cargobob. As soon as flying out the base, a Buzzard will start chasing Trevor, forcing him to lose it. After this the player needs to simply park the helicopter at Sandy Shores Airfield at the Grand Senora Desert. 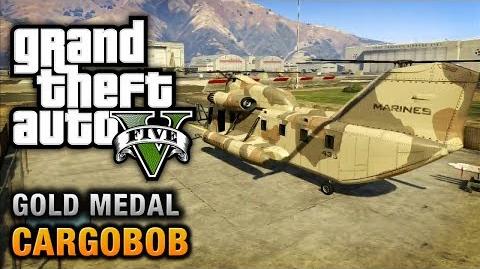 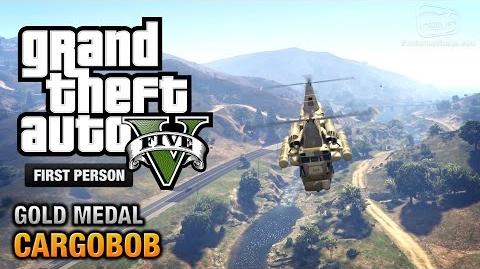 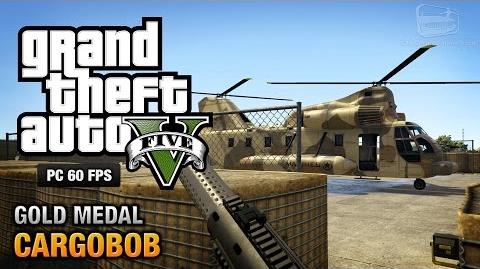 Deutsch
Community content is available under CC-BY-SA unless otherwise noted.