In-game time
This article is about the mission. For the weapon, see Carbine Rifle.

Carbine Rifles is a heist setup in Grand Theft Auto V given by Lester Crest to protagonist Michael De Santa. It is triggered after a phone message from Lester and if the player chose the Loud Approach for the The Jewel Store Job heist.

After receiving a text from Lester, Michael needs to ambush an LSPD tactical team truck full of weapons that Michael and his crew will need for the heist. The car is cruising around the highways not so far from the Darnell Bros.. Michael will have to ambush the vehicle and kill the tactical, well-armed NOOSE guards. After stealing the vehicle, Michael will gain an instant 3-star wanted level. Michael will now have to deliver the vehicle to a garment factory in front of the Darnell Bros. after losing the cops.

This section/page depicts all cutscenes and dialogues in the mission "Carbine Rifles" in Grand Theft Auto V.

Taking the police SUV and losing the cops.

Delivering to the garment factory.

Telling Lester the SUV is delivered. 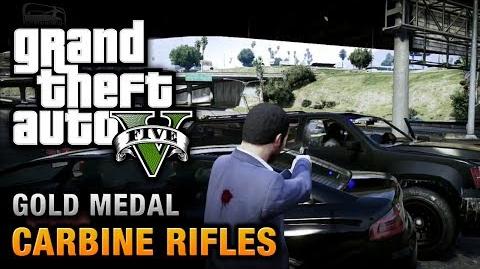 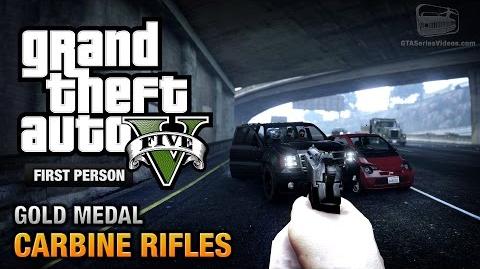 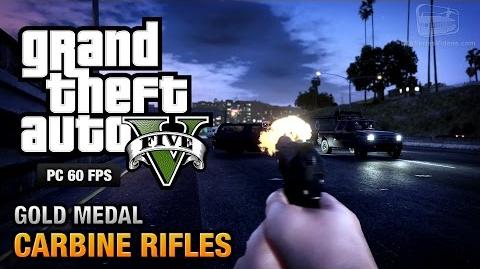