Cap the Collector is the penultimate storyline mission in Grand Theft Auto: Vice City and the final mission given to protagonist Tommy Vercetti by Earnest Kelly from the Print Works in Little Haiti, Vice City.

Sonny is getting impatient with Tommy since he never paid him the money which was lost during the drug deal. He is also angry that he has cut off all his connections with him. Due to this he sends members of his family to attempt to tax Tommy's various business setups. After hearing that trouble is going down in the Print Works from a desperate Ken Rosenberg, Tommy heads to the Print Works only to find an injured Earnest Kelly. Earnest tells Tommy that some Forelli members came to take their cut for Sonny. Angered by this, Tommy orders the print workers to take Earnest to hospital while he goes to take care of the problem. Afterwards, Tommy finds Sonny's goons taxing his business and kills them.

The reward for completing this mission is $30,000 and the final storyline mission, Keep Your Friends Close..., is unlocked.

Lance Vance: Tommy, it's Lance. We got big problems. Come down here, right away. 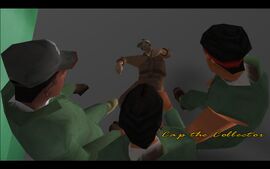 Earnest is laying on the floor of the Print Works in Little Havana. He is badly beaten up. 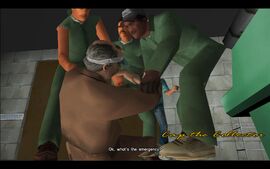 Tommy arrives and, not seeing Earnest's injury, asks what the emergency is. 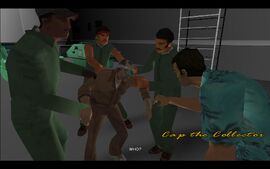 As he notices Earnest he gets enraged and asks Earnest who did this to him. 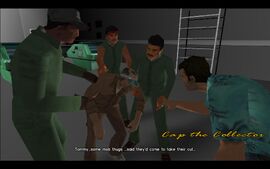 Earnest reveals that some mafiosi beat him up and stole some money, as they said they were 'collecting their cut'. Earnest also says that they said they worked for someone named 'Forello'. 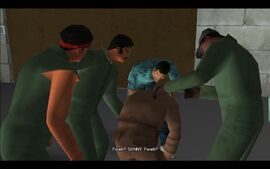 This angers Tommy even more and he asks Earnest if they perhaps talked of Sonny Forelli, Tommy's former friend and boss. 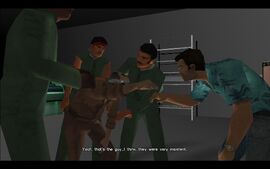 Earnest confirms that Sonny Forelli is indeed the one responsible. Earnest is apologetic to Tommy and says that they were very insistent and he didn't want to give any money to them. 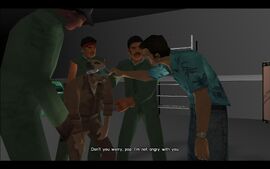 Tommy tells Earnest that he's not mad at him and that he did all he could. He tells the other workers of the Print Works to get Earnest to a hospital while he goes and talks to the money collectors. 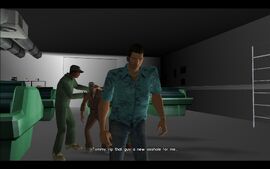 As Tommy walks off to find the men who beat Earnest up, Earnest asks Tommy to not show any mercy. 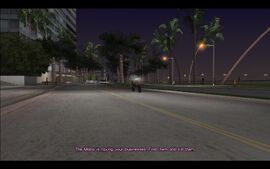 Tommy must cap the collectors taxing his empire. 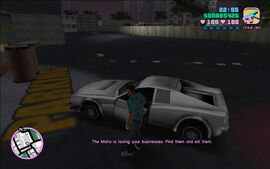 Tommy getting into his vehicle. 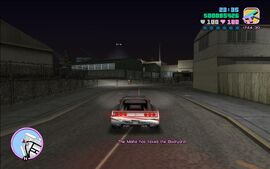 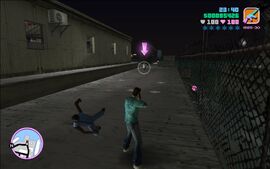 Tommy taking out the first crew. 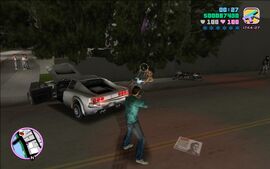 Tommy taking out the second crew he comes across. 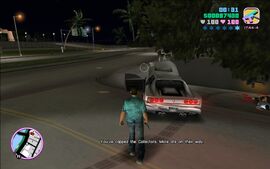 Tommy must now find and kill the final crew of the mafiosos taxing his empire. 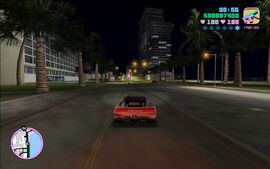 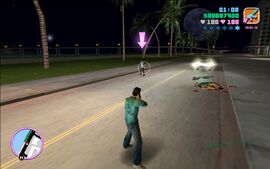 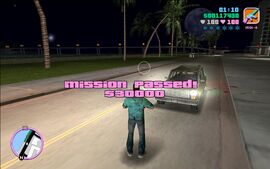