In GTA Vice City Stories, the company produced the crime drama Angel and the Knight for VBS in 1984.

In GTA IV, the company produced The Full Mooners.

It is depicted operating at Star Junction (above a Superstar Café), is listed on the BAWSAQ stock exchange, and operates a cineplex chain, with one "Canyon Megaplex" operating at the Big Willis Mall and an unspecified Canyon store in Cleethorpes Tower.

Browne Canyon shares the same logo and is clearly associated, possibly being the original classic Vinewood film studio formed in 1921. By the late 1940's, Abe Schwartzman was a key person in the studio, as revealed in Fred Quincy's letter to David Richards concerning the murder of Isaac. The 2nd Unit Director for the Richards Majestic Productions film, Deep Inside wears a Browne Canyon cap in GTA V and GTA Online.

Browne Canyon also appears to operate a record label, with gold discs for the following appearing in GTA V:

Store at Cleethorpes Tower, Hatton Gardens.
Add a photo to this gallery

Judging by its name, Canyon Entertainment appears to be a parody of Paramount Motion Pictures Group (which included Paramount Pictures and Paramount Television under its grouping) due to both companies being named after landforms and both using images of the respective landforms in their logos.

Gold discs on the wall of 3671 Whispymound Drive in GTA V. 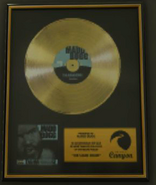 Billboard on the wall of Vinewood Wax Haven in GTA V. 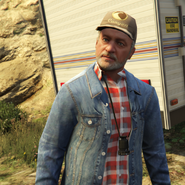 The director's cap.
Add a photo to this gallery
Retrieved from "https://gta.fandom.com/wiki/Canyon_Entertainment?oldid=1149085"
Community content is available under CC-BY-SA unless otherwise noted.