Jenna Jameson
“In those days, I didn't know my ass from my elbow. Luckily, a lot of other people did!”
— Candy Suxxx

In 1984, she already had at least one film released and was making a name for herself, having a fan in Sergeant Jerry Martinez who was watching a tape of Candy with a pig and a horse before causing Victor Vance expulsion from the army.

Candy Suxxx seems to be popular in 2013, as all sorts of media of her can be found, including posters. In fact, she became so popular she even managed to get her own star on the Vinewood Walk of Fame.

In Grand Theft Auto V, if Michael calls Tracey at any point between the missions Fame or Shame and Reuniting the Family, she will refer to herself in her voicemail as Tracey Suxxx, suggesting that she might be influenced by Candy.

A transaction to "CandySuxxx Mobile Internet" may be visible in Franklin's Maze Bank account.[3]

In GTA V and Grand Theft Auto Online, copies of the men's magazine Pussycat can be seen featuring an interview with Candy at 50.

Woman of extremely ill repute. Possible involvement in blackmailing of politicians. Never seems to get cold.

In the late 1980s, and possibly in the early 1990s, Candy has long red hair, green eyes and buttocks and breasts larger than normal. According to Candy herself and Mercedes Cortez, she has silicone implants and has been operated on. Candy also tends to be scantily-clad almost all the time: she is only dressed in a blue bra with white stars in the center (likely representing the United States flag) covering only her nipples, a red bikini with white stripes, red high heels and a white headband.

A Candy Suxxx sign in Las Venturas in The Definitive Edition. 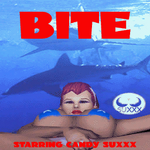 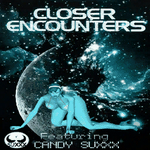 Artwork for the film Return of the Anaconda, starring Candy Suxxx. 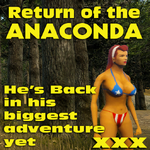 Artwork for the film Return of the Anaconda in The Definitive Edition.

Promotional poster for the film Let Me Bounce which can be found in Liberty City. 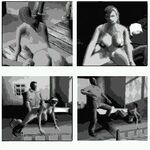 Candy Suxxx reference on the cover of the Pussycat Magazine.

Candy Suxxx's star on the Vinewood Walk of Fame.