Toni Cipriani: "What I mean is... how do we take care of this O'Donovan guy who is covering for... standing in for the Forelli's?"
Donald Love: "The guy has a lot of people canvassing for him, all kinds of deluded 'people' people, if you know what I mean. I think we need to have their faith in democracy shaken, if you understand me."
Toni Cipriani: "What you mean is that I gotta go beat the crap out of them?"
Donald Love: "Oh, your passion, Antonio, it's it's... magnificent."
—Donald Love tells Toni Cipriani to deal with O'Donovan's supporters.

Toni drops by Donald Love's apartment building in Torrington, telling Love that they need to win the election. Love informs Toni that Miles O'Donovan has various people campaigning for him, so Toni decides to kill all of them, but only has four hours (four real time minutes). The first two campaigners are located on top of the AMCo. HQ building. Toni kills both of them, along with the security, and moves on to a second group opposite Belleville Park. More security from the first location chase Toni, who gets to the second location and kills the campaigners there. Toni then moves to Liberty Campus, killing a final group of campaigners.

The reward for completing the mission is $1,500 and the mission Friggin' the Riggin' is unlocked.

Toni Cipriani, with an AK-47, about to kill campaigners for Miles O'Donovan. 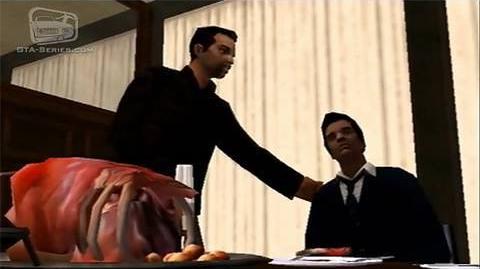 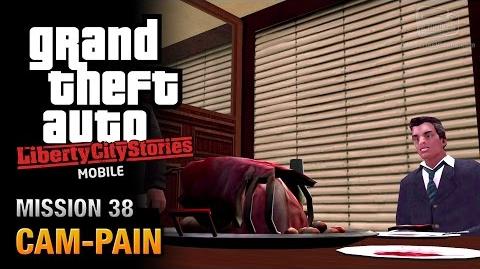