Wasted
Busted
Van destroyed before shooting down the plane
Plane gets to the airport
Player loses the falling plane
The van was destroyed too close to the observatory When prompted to dispose of it.

Eye in the Sky
Mr. Richards

Martin: "Some people... they no longer fear me as much as they used to. People who were close to me. My cousin... You met him, Michael. Well, apparently, he is thinking about testifying against me."
Michael: "So have him killed."
Martin: "I'm going to... By you."
— Martin Madrazo, instructing Michael De Santa and Trevor Philips.

Caida Libre is a mission in Grand Theft Auto V, given by Martin Madrazo to protagonists Michael De Santa and Trevor Philips.

Michael and Trevor are summoned to Madrazo's house in La Fuente Blanca, where Madrazo has a job for them. Madrazo's cousin Javier is going to testify against him; Madrazo wants Javier killed and sensitive documents retrieved.

The player takes control of Michael. Michael drives to the Galileo Observatory where Madrazo has left a black Burrito with a heavy rifle mounted in the rear. Michael must use the rifle to shoot down the Air Emu Shamal carrying Javier to Los Santos International Airport. The high-powered rifle uses a unique display that places a red square before the jet, showing the location where Michael must shoot in order to compensate for the distance if he is to hit the engine. The Shamal first appears in the upper left-hand quadrant of the rifle's display (when using the gun, the radar is hidden so it is very difficult to see the plane at first), then crosses left to right towards the airport. Michael must shoot the jet three times to take it out of the sky.

Once the aircraft has been damaged, the player is switched to Trevor. Riding a Sanchez, Trevor chases the fast descending jet from the Galileo Observatory through Great Chaparral, Harmony and Sandy Shores. While the player has some freedom over what path to use, the pursuit does feature at least one jump that Trevor must successfully make in order to keep up with the plane. Once the aircraft crashes, Trevor must kill Javier and retrieve the sensitive documents contained onboard the Shamal.

After Trevor has obtained the documents, the player is switched once again to Michael. Michael takes the van from the area surrounding Galileo Observatory, then destroys the vehicle. Afterwards, Michael is about to make his way to La Fuente Blanca in order to meet up with Trevor, and give the documents to Madrazo. However, Michael receives a phone call from Trevor revealing that he has other ideas. Trevor asks Michael to meet him instead at Stoner Cement Works, north of La Fuente Blanca along Senora Road. Trevor arrives soon after Michael. Trevor states that he went to discuss payment with Madrazo, which led to an argument. Trevor then opens the trunk of his vehicle to reveal he has kidnapped Madrazo's wife Patricia. With Patricia tied up, Michael and Trevor leave the cement works and go into hiding at Sandy Shores.

The player is automatically switched to Franklin after the mission is completed.

"A private jet bound for Liberty City has crashed in the Senora Desert killing everybody on board, in what police are calling extremely suspicious circumstances. The plane was carrying Javier Madrazo, a key witness in a case against a Los Santos based drug cartel, whose cousin Martin Madrazo, is alleged to be an organized crime kingpin."

Martin Madrazo showing a photo of Javier Madrazo to Michael and Trevor.

Michael aiming at the plane.

Michael gets a shot at the plane.

The plane is beginning to fall.

The plane flies through Sandy Shores with Trevor in hot pursuit.

Trevor coming out of the plane with the file.

The beta screenshot confirming Franklin's role in the beta for this mission. 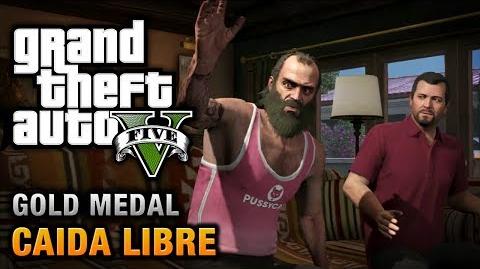 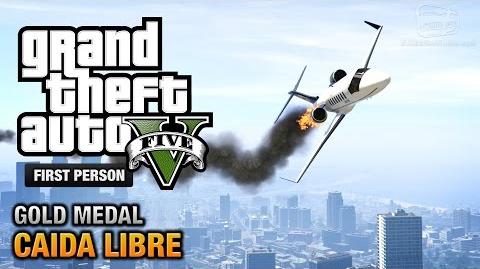 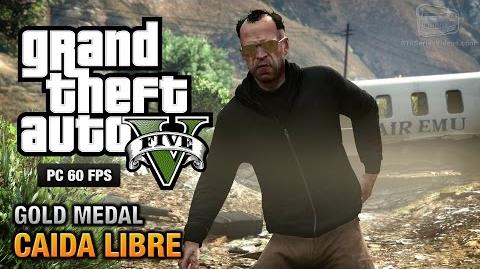