Doris: "Car 13, We got a Miss Cortez, asked for you especially."
Tommy Vercetti: "Ok, I got it. Car 13 out!"
—Tommy Vercetti is told through the radio that Mercedes Cortez is asking for a pick up at Viceport.

Cabmaggedon is the final mission in Grand Theft Auto: Vice City given to protagonist Tommy Vercetti by Doris from the Kaufman Cabs depot in Little Haiti, Vice City.

To start the mission, enter the marked cab at inside the depot. Tommy will be told through the radio that Mercedes is asking for a pick up at Viceport. Tommy drives over to a vacant lot in Viceport. However, Mercedes is not there. Six Taxis from Vice City Cabs immediately drive into the lot, ganging up on Tommy.

The objective here is to avoid being killed by the cabs for one minute. The player will have to drive around the open area until the time runs out. When it reaches zero, the cabs will stop and a Zebra Cab will enter the area, with the owner of Vice City Cabs driving it. Tommy will now have to kill the owner. This can be done by attacking the car until the owner bails out before finishing him off, or blow the cab up with him still inside.

The mission is complete once the owner is killed. Kaufman Cabs will now pay Protection Money, and all Kaufman Cabs will have two-way radios installed with Doris talking to the drivers, replacing the radio station music.

The reward for completing this mission is $5,000 and the Zebra Cab is unlocked (spawns at the Kaufman Cabs) along with the mission Cap the Collector should enough assets are generating profit. 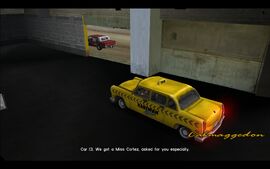 Tommy gets into the cabbie in the depot and is told by Doris that there's a special request by a Miss Cortez who is asking specifically for him. 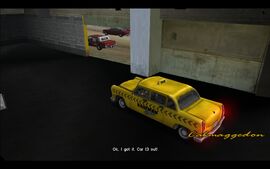 Tommy quickly responds, saying that he's onto it. 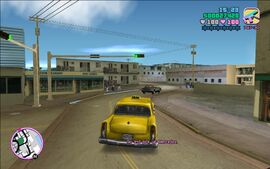 Tommy's objective is to go and pick up Mercedes from Viceport. 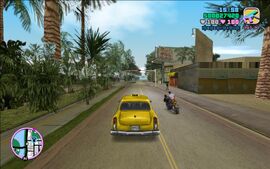 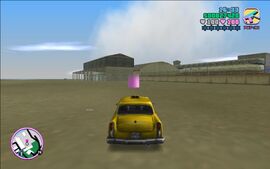 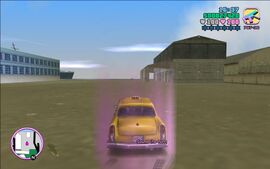 Upon arriving, Tommy has to sound his horn to bring Mercedes out. 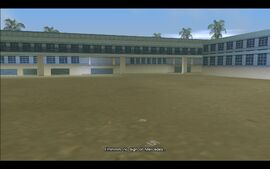 After Tommy sounds his horn, nobody responds, leaving him thinking. 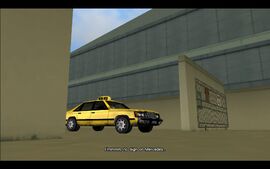 Suddenly, the gate to the yard opens and a VC Cabs taxi rolls in. 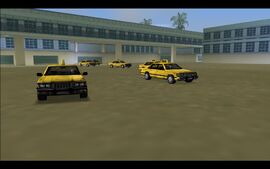 One after another, VC Cabs start driving into the yard. 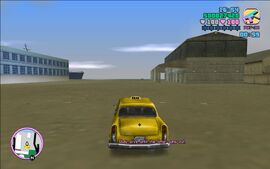 Tommy is left to fight for his life. 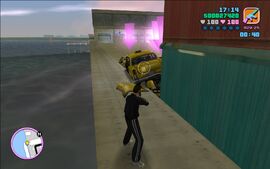 Tommy taking out the rival taxis. 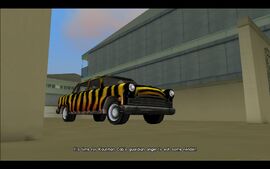 After some time, another VC Cab strolls into the yard, donning a zebra paintjob, being driven by the owner of VC Cabs. He says that it's about time Tommy meets his end. 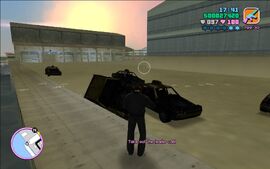 Tommy then has to take out the leader cab. 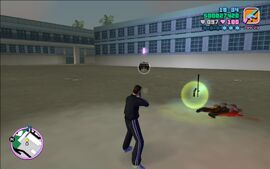 Tommy taking out the owner of VC Cabs. 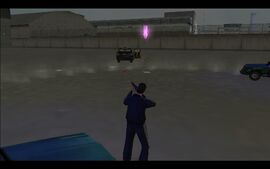 The owner of VC Cabs lays dead after the rumble that just occured. 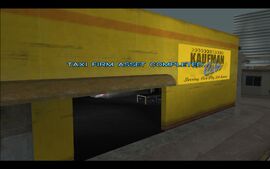 Taking out the owner of VC Cabs has left it in shambles and also helped Tommy establish Kaufman Cabs as the top taxi service provider in the city. 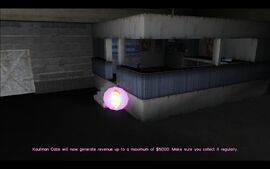 Kaufman Cabs will now generate a revenue of up to $5000, which Tommy will be able to regularly collect from the depot. 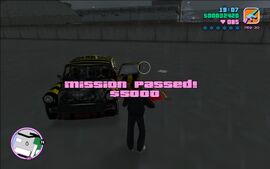 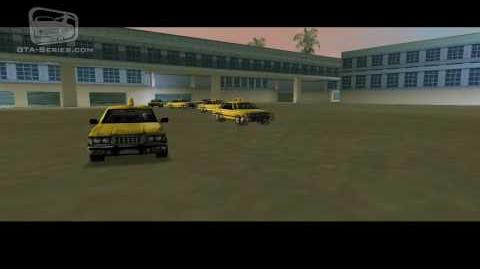 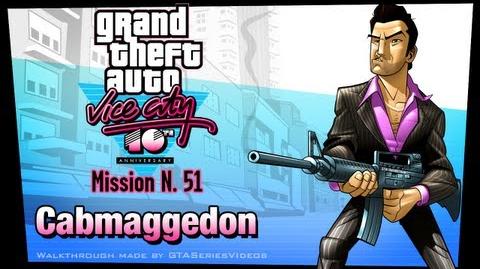