Radio and billboard advertisements for its programmes can be seen around Liberty City and Los Santos, but the channel cannot be watched on any of the protagonists' televisions.

The station is most likely based on either ABC or CBS.

The logo is similar to that of Time Warner Cable. 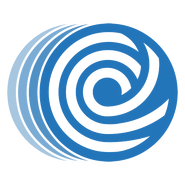 The graphic of the CCC TV Tee in Grand Theft Auto Online.

A billboard featuring the TV show Ignorance is Bliss.
Add a photo to this gallery
Vehicle Sponsors

Retrieved from "https://gta.fandom.com/wiki/CCC?oldid=1252923"
Community content is available under CC-BY-SA unless otherwise noted.