Devin Weston as an actor in Director Mode

In-game time
“Michael and Trevor combine to locate a target for the FIB.”
— GTA V description at Rockstar Games Social Club
“The media and the government would have us believe that torture is some necessary thing. We need it to get information, to assert ourselves. Did we get any information out of you? Exactly. Torture's for the torturer...or for the guy giving orders to the torturer. You torture for the good times - we should all admit that. It's useless as a means of getting information.”
— Trevor Philips, to Ferdinand Kerimov.

By the Book is a mission in Grand Theft Auto V, given by FIB agent Steve Haines to protagonists Michael De Santa and Trevor Philips at the Walker & Sons Warehouse, on Dutch London Street in Banning, South Los Santos, San Andreas.

Michael or Trevor (whoever is being played at the time) receives a phone call from Steve Haines telling them to go to the warehouse and meet the other protagonist (the mission automatically begins with the receipt of the phone call). There, they find Haines and Dave Norton along with Devin Weston.

Ferdinand Kerimov is revealed once Weston exits. Haines wants Michael to assassinate Tahir Javan, an Azerbaijani man who Haines and Norton claim has ties to terrorism. Kerimov previously set up an audio-visual system for Javan and so is the FIB's only source of information. Haines orders Michael to go with Norton to locate Javan, while Trevor and Haines remain in the warehouse with Kerimov.

Michael and Norton drive to their first location, a home in Los Santos, but this turns out to be a false lead. Haines then orders Trevor to torture Kerimov in order to discover Javan's whereabouts. There are four ways in which Trevor can torture Kerimov:

Kerimov can't be pushed too far. If this happens, he'll need an adrenaline shot, which requires injecting him with a syringe (preventing from completing the "Don't Stop Me Now" Gold Medal objective). Kerimov can be given shots up to three times before Trevor runs out of adrenaline, which results in his death and the mission's failure.

The first round of torture reveals that Javan is actually at a house in Chumash. Michael and Norton drive to the home, but once there, they discover that a party is in full swing and that there are five men present who could possibly be Javan. At this point, Haines orders Trevor to engage in more torture. Through three additional rounds of torture, Kerimov reveals that Javan is:

Through these clues, Michael is able to identify Javan and assassinate him.

Back at the warehouse, Haines tells Trevor that Kerimov is "expendable" and orders him to kill Kerimov after Haines has left. Once Haines departs, Trevor instead decides to free Kerimov and then guides him from the warehouse and into his truck, at which point he drives Kerimov to the airport and tells him to flee Los Santos and become an anti-torture advocate. Trevor drops Kerimov off at the airport, where he falls down a flight of stairs. Trevor drives off and the mission is completed.

"A beach front house party turned into tragedy yesterday when an Azerbaijani-American was killed, in what appeared to be a professional job by a long range sniper. Police are baffled by the case not merely because they are baffled by most things, but also because no motive is apparent. The man, Tahir Javan, an Azerbaijani-American in his late 40s, moved to this country when he was 13 and grew rich in the green energy sector, and has subsequently donated large sums to education initiatives here and his former country. Who would offer a professional hit on him and why, or whether this was a professional hit or a psychotic rank gone dangerously wrong is still unclear. Tahir was a smoker, a bon vivant and a lover of life and all that was precious. "Why would anyone want to kill him? He didn't have any enemies, just friends and friends he hadn't made yet. We all loved him," said partygoer Rachel Withers, who described herself as "something big in greeting cards"."

"Philanthropist murdered at a house party in Chumash. Party goers at a house in Chumash were horrified yesterday when a guest was killed seemingly by a sniper's bullet. Tahir Javan was smoking on an outside terrace when he was gunned down. Police are baffled as to why this much loved Azerbaijani-American who was a noted philanthropist and community leader would be targeted."" 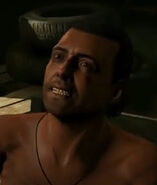 The mission in the enhanced version.

Main article: By the Book/Soundtrack 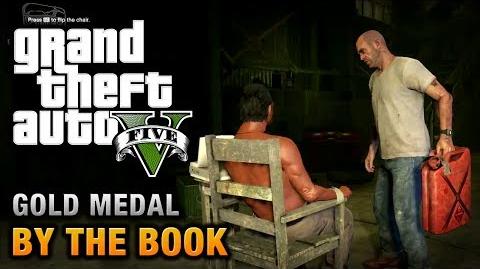 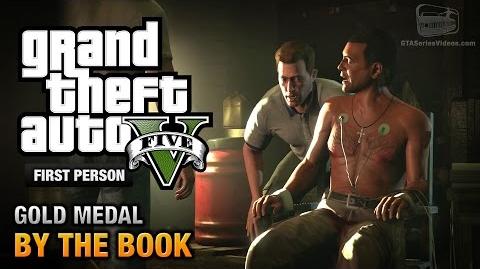 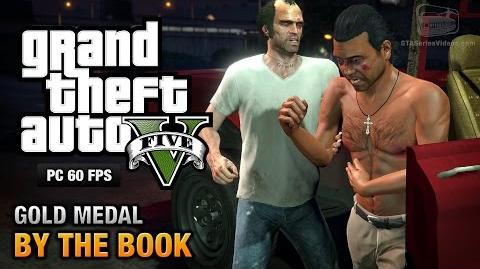