This mission crosses over with Blow Your Cover.

Integrity 2.0 as a radio station

In-game time
“Nothing like selling some dope to let you know you're alive.”
— Johnny Klebitz to Playboy X and Niko.

Buyer's Market is a mission in The Lost and Damned. It is the first mission given by Elizabeta Torres to Johnny Klebitz.

This mission is parallel to Grand Theft Auto IV's mission Blow Your Cover, from Niko Bellic's point of view.

Johnny walks in on Elizabeta's cocaine party and its guests (including Kay Hartman, who dances around Elizabeta, Playboy X, and Carmen Ortiz), Elizabeta has helped find Johnny and Billy a buyer for the pile of heroin The Lost stole earlier from the Angels of Death. Shortly after, Niko arrives, and Elizabeta gives him details about the deal, then introduces him to Johnny, and then Johnny leaves to get the H from Brian Jeremy.

Brian is waiting with the package on Inchon Avenue and the player must collect it from him. Then the player must go to the apartment on Cassidy Street in Schottler. They must go to the third floor and wait for Niko and Playboy X. A Combat Shotgun can be found on the first floor, in the same location under the stairs as in GTA IV.

Afterwards, the sale goes bad when Charlie and the other buyer turn out to be two undercover LCPD officers, and the player is forced to fight their way out. Niko and Playboy will make their way up to the roof while the player will have to make their way down, out the front door they came in. 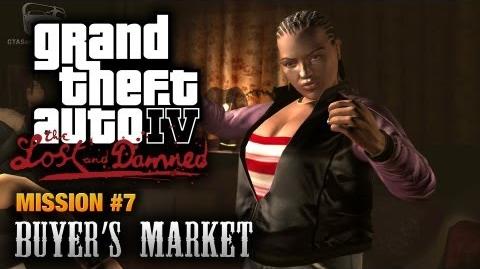