The Asea gets stuck

The Moment of Truth achievement/trophy

Deep Inside
Surveying the Score

Michael: "I didn't want it to come to this!"
Trevor: "Yes you did, you just don't have the fucking balls to do it, but I do!"
Michael: "I've got more to lose than you!"
Trevor: "Never a truer word has been spoken, brother. Now pull the fucking trigger!"
—Michael De Santa and Trevor Philips, during a gun standoff after Trevor finds out the truth about Brad.

Bury the Hatchet is a mission in Grand Theft Auto V that protagonists Michael De Santa and Trevor Philips both perform independently of each other. This mission can be performed from either Michael or Trevor's point of view, and is a major turning point in the storyline.

Trevor visits Michael at his house and reveals his plan to bust former associate Brad Snider out of prison. Michael, however, is reluctant to discuss Brad and this soon leads to a debate. While initially friendly, the two soon get into an argument about their respective futures. Michael intends to retire in peace, while Trevor accepts that a life of crime is all he has. Eventually, their dispute brings Trevor to the one question Michael hoped he would never ask, and Trevor asks Michael who was buried in his grave in North Yankton. Michael claims he never "gave it much thought." Trevor, becoming even more suspicious, finally snaps and threatens Michael, claiming he is "fucking dead," and storms out of the house. Michael, realizing what Trevor might be thinking, attempts to follow, but finds that Trevor has stolen his car. While Trevor is en-route to Sandy Shores Airfield, Michael calls him and attempts to talk him out of flying to North Yankton, but Trevor refuses and hangs up.

Both men travel back to Ludendorff. Trevor via his plane at Sandy Shores Airfield (where he receives a call from Michael, and calls Ron) and Michael through Los Santos International Airport, (during the drive, Michael calls Trevor to convince him to stop, and to warn Dave Norton that Trevor knows about their secret). Michael arrives at the airport, where some men watch him check in. Once in North Yankton, Michael drives to the cemetery. Along the way, he has flashbacks about the events that took place in 2004, including convincing Amanda that they must accept the FIB's deal and move to Los Santos, as well as memories of the set up. Trevor calls Ron asking for a plane to use to take him across country, and Ron confirms a plane is at the Airfield fueled up and ready to use. Trevor arrives at the Airfield and boards the plane to fly to North Yankton. While en-route, he receives a text message from Ron, warning him that Wei Cheng's men are looking for him. Trevor arrives first at the graveyard, finds "Michael's" grave, and starts digging it up. Michael finally arrives and finds Trevor digging up the grave. Michael attempts to talk Trevor out of opening the coffin, but the efforts prove to be fruitless. Trevor opens the coffin, and his suspicions are confirmed when he finds Brad's body inside.

Through Michael's confession and a flashback scene (if played from Michael's perspective), the true events of the Prologue come to light: the FIB caught up to Michael and offered him a deal to surrender Trevor and Brad in exchange for protection. The heist in turn was a set-up to lure the crew into the FIB. Brad was shot and killed by accident, when Brad walked into Dave's line of sight and took the bullet meant for Trevor, while Michael play-acted to convince Trevor he was mortally wounded as well.

Trevor and Michael have a standoff over the grave and argue whilst pointing pistols at each other, but before either one can shoot, the Triads arrive to capture Trevor. Trevor attempts to shoot Michael, but his gun jams. He throws the weapon at Michael and escapes through the cemetery gates while Michael fires at him. Michael must now return to his car whilst fighting off Cheng's henchmen. He eventually reaches his car, but finds that Trevor has damaged it. At that moment, some Triad members arrive and order Michael out of the car at gunpoint. With no other option, Michael surrenders.

The scene switches to Trevor flying back to Sandy Shores. During the flight, he receives a call from Cheng. The Triad boss states he has captured Michael and is prepared to kill him, unless Trevor surrenders his control of criminal activities in Blaine County to the Triads. Cheng thinks that this threat will work because he and his men mistakenly believe that Trevor and Michael are "ji laos" (gay lovers), and he threatens to kill Michael if Trevor does not co-operate. Trevor mocks Cheng for this assumption and sarcastically tells him to tell Michael "[he] loves him dearly" before hanging up. On the way, he receives a text message from Lamar Davis, telling him that he and Franklin Clinton just found the last car on Devin Weston's list, and would like him to join them.

The mission ends with Trevor landing back at Sandy Shores Airfield.

The mission has different objectives, depending on whether the player started it as Michael or Trevor.

If travelling to Ludendorff as Michael

If travelling to Ludendorff as Trevor

"A grave was desecrated and several Chinese gangsters were left dead in a violent and bizarre incident in Ludendorff yesterday that has left police confused. In the worst violent crime to take place in the state since the famous depot robbery of nine years ago, a gangland shootout erupted at a cemetery, involving Chinese triads and an uncertain number of Caucasian gun men. The Chinese, who the FIB believe have links to the Wei Cheng Triad, a prominent criminal gang in China and Hong Kong, were not previously believed to have much presence in North Yankton although maybe they have come, enticed like everyone else, by our booming oil industry and glorious weather. No one is yet sure what caused the shootout but it seems as if someone dug up the grave of Michael Townley. Bizarrely Mr. Townley was himself responsible for the robbery of nine years ago. The links between the two incidents are very unclear at present."

"Quiet town in North Yankton erupts in bloodshed. Several Chinese gangsters are dead, a grave was desecrated and a town is scared and confused after a shootout at a cemetery in Ludendorff, in North Yankton. Steve Petorya at the scene."

Reporter: "Thanks, Sheyla. The dead are mostly Chinese gangsters with links to a Chinese gang called the Wei Cheng Triad. The grave that has been desecrated was the nearly final resting place of a Michael Townley, a bank robber himself killed in the last major shootout in the area nine years ago. The cause of his grave to be desecrated and the links between the two crimes remain a mystery."

The soundtrack that plays during this mission is "Burning Bar", known also as "No Happy Endings" on the official Music of Grand Theft Auto V album, and "Burning The Bad Seal" on Tangerine Dream's "GTA 5: The Cinematographic Score" album. 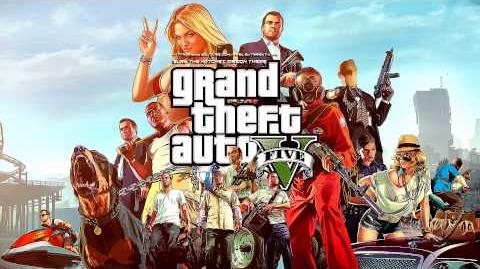 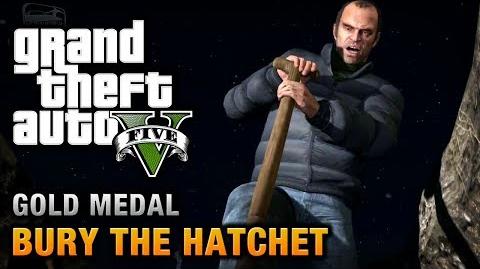 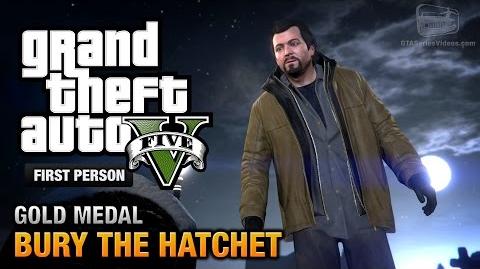 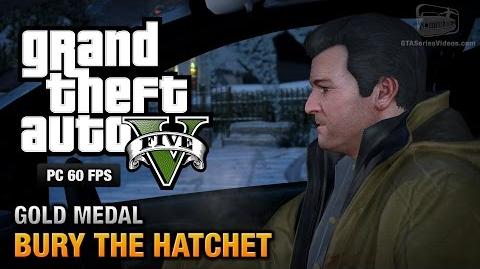 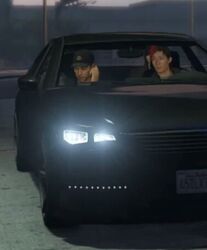 Wei Cheng's Tracker and his men follow Michael to the airport. 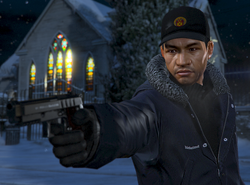 The Tracker captures Michael at the cemetery.

The unique Mesa, seen immediately before the shootout begins. 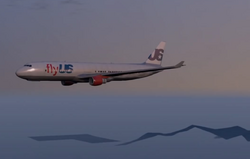 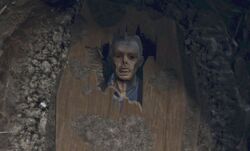