View source
watch 02:52
Roblox: DeepWoken - The Loop
Do you like this video?
Play Sound
For the cut vehicle in GTA Liberty City Stories, see Bullion. For the material in GTA Online, see Bullion (GTA Online).

In-game time
“Yo, a Federal Reserve flight just smashed down at Francis International. There's platinum all over the strip. Get a car and snatch up as much as you can. You can drop the bling off at one of my garages.”
— D-Ice

Bullion Run is a mission in Grand Theft Auto III, given to protagonist Claude by Red Jacks leader D-Ice from a public phone booth in the Wichita Gardens neighborhood of Shoreside Vale, Liberty City.

D-Ice wants Claude to collect some platinum bullion pieces that a plane had scattered around Pike Creek.

Claude eventually drives to the area, and has 6 minutes to collect platinum pieces, his vehicle becoming heavier the more platinum that is collected. Claude can collect the bullion only on a vehicle, not on foot, and his vehicle of choice will penalize speed down the more it carries. Large vehicles will have a smaller penalty and smaller vehicles can still have good speed regarding the penalty.

The platinum pieces he picks up are then dropped off at D-Ice's garage just east of the location.

After collecting five pieces of bullion in quick succession, one star is added to Claude's wanted level, regardless of currently having one, and another star after the next ten. It is cleared upon entering the lock-up though. 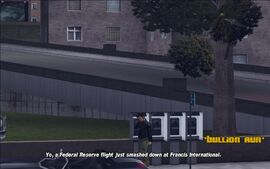 Claude picks up the ringing payphone in Wichita Gardens and is told by D-Ice that a plane passing over Pike Creek dropped lots of platinum bullion in the streets. 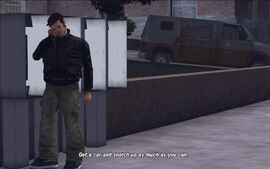 D-Ice hires Claude to get a car and collect 30 pieces of dropped platinum. 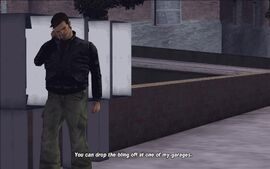 D-Ice tells Claude to drop the collected platinum pieces off in D-Ice's garage nearby. 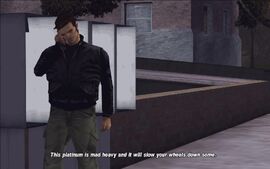 Before Claude goes, D-Ice reminds him that the platinum is very heavy and tells Claude to drop off his load every so often. 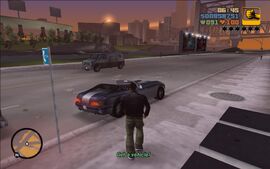 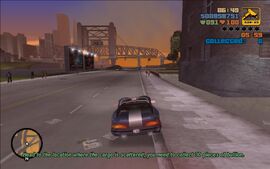 Claude is instructed to go and collect 30 pieces of platinum. 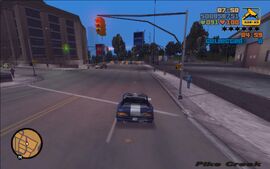 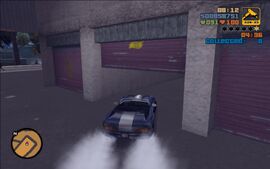 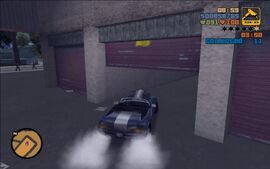 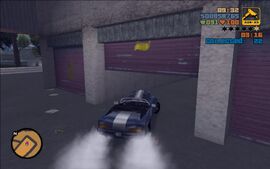 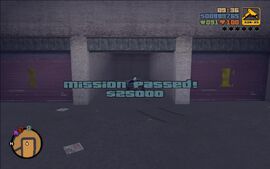