In-game time
For the van itself, see Bugstars Van.

Bugstars Equipment is a heist setup in Grand Theft Auto V given by Lester Crest to protagonist Michael De Santa. It is triggered after a phone message from Lester if the player chooses the Smart Approach for The Jewel Store Job heist.

Michael goes to the Bugstars warehouse in the Port of Los Santos. The van can be taken in two ways. The player can have Michael enter through the front of the warehouse, but doing so causes the Bugstars employees to become aggressive. If Michael has a weapon drawn, the employees will instead run away in fear, which instantly gives the player a two-star wanted level. The player can also kill one or up to all four employees by simply running over them with the Bugstars van upon getting away (Also possible to kill them with vehicle of choice upon arrival to warehouse before stealing a van).

Alternatively, the player can sneak through the rear of the warehouse, disable one employee with a stealth attack, then drive the van away without detection. A headshot with a suppressed pistol will work just as well. This approach is needed in order to get the gold medal.

The mission ends once Michael leaves the van at the drop-off point assigned by Lester. Michael will call Lester to advise that the van has been delivered, and then Lester informs Michael about the gas grenades and their location, automatically triggering the next heist setup.

Telling Lester it is delivered. 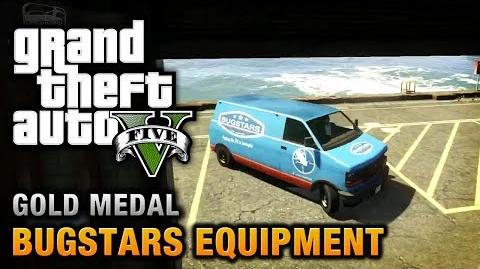 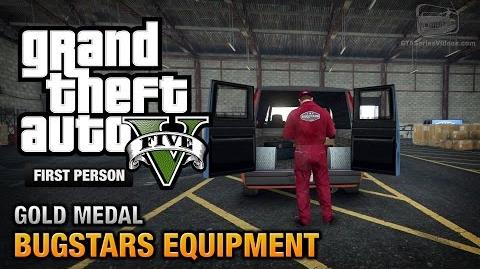 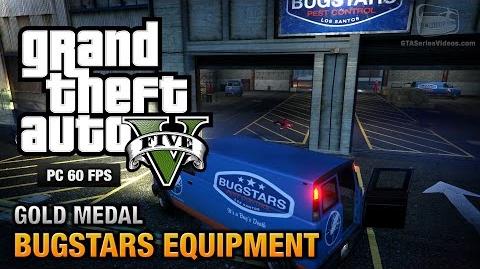